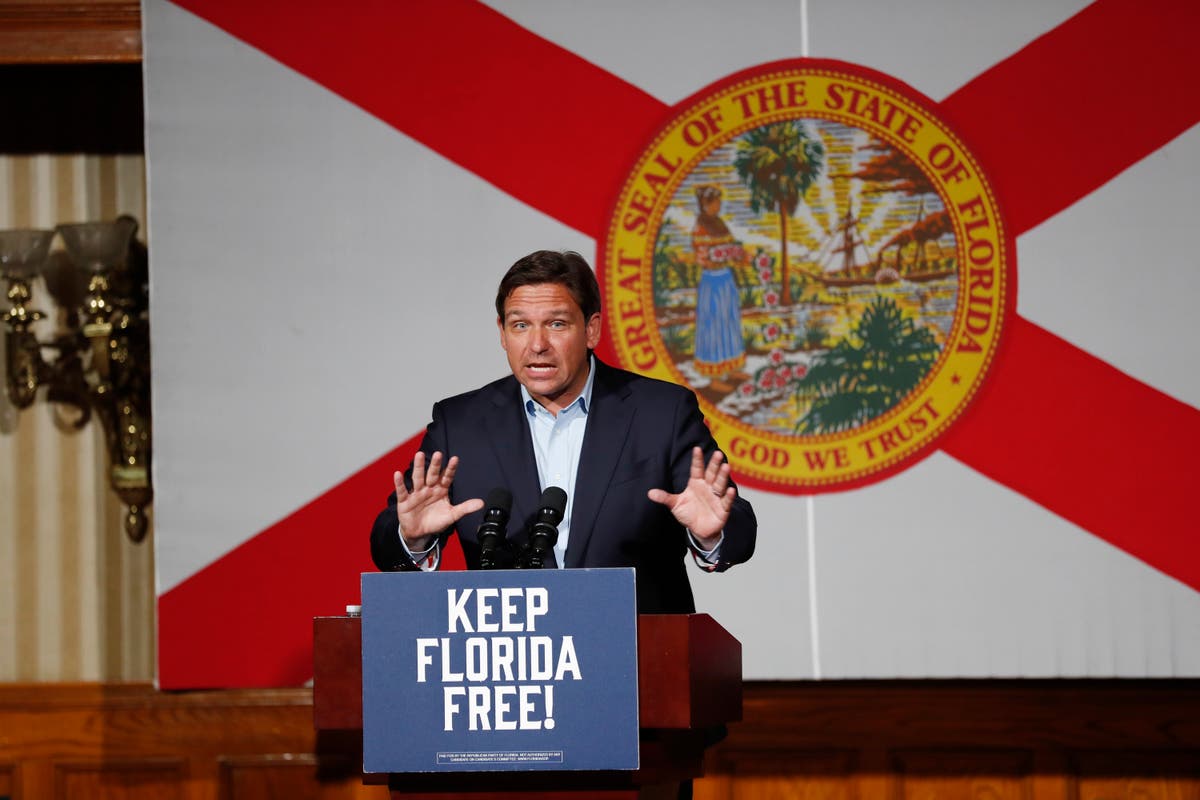 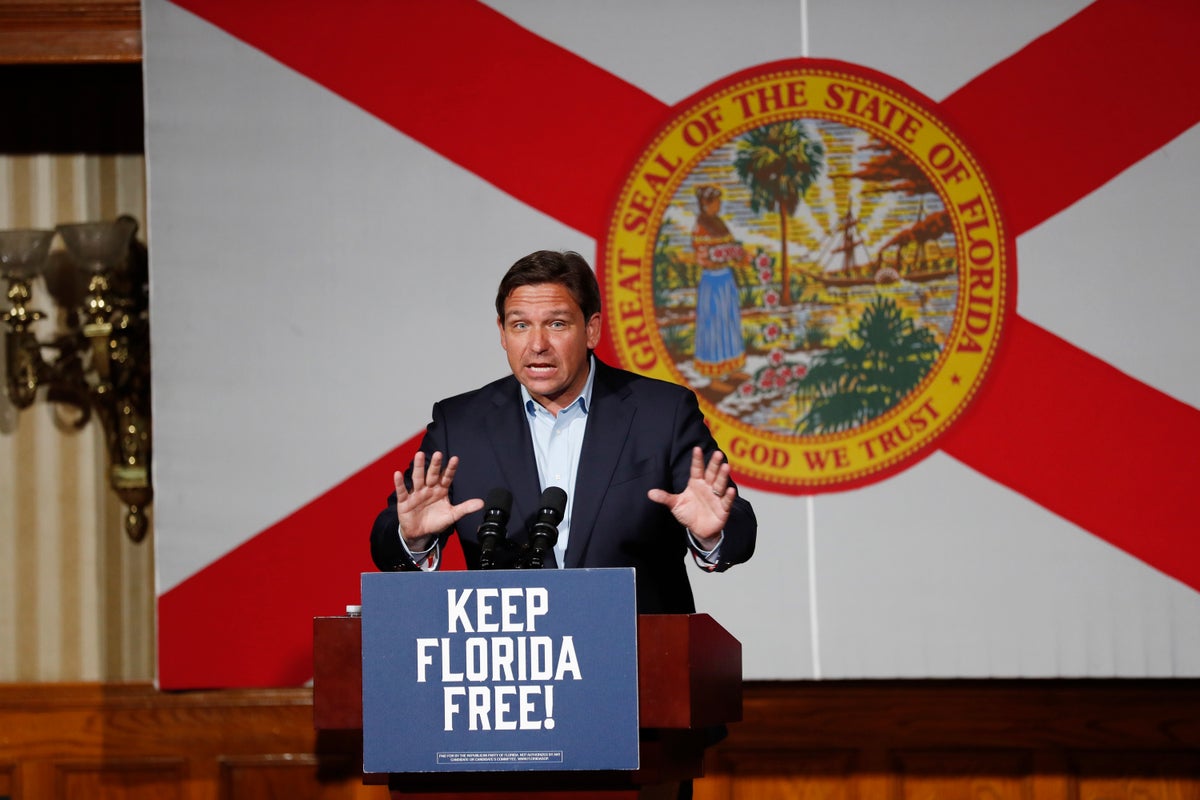 Speaking to Fox on his plane for an exclusive interview, Trump said he had no “tiff” with Mr DeSantis but said it would be a “mistake” to run.

Mr. DeSantis won the 2018 Republican nomination for governor largely by actively appearing on Fox News and courting Trump’s endorsement, which the then-president gave.

Since his narrow victory in 2018, DeSantis has become a hero to conservatives for keeping the state of Florida largely open despite public health recommendations, signing legislation limiting how LGBTQ+ people are discussed in schools and an abortion ban. Now, DeSantis is slated to win comfortably against former congressman Charlie Crist, cementing Florida’s status as a Republican state.

But Mr. Trump has signaled at times that he would not be happy about a run by his one-time acolyte.

“Some of that is not good — you’ve got other people who will possibly run, I guess,” Trump said of Mr. DeSantis.

Similarly, during a rally in Latrobe, Pennsylvania, Trump cited a poll that showed himself in the lead and called Mr. DeSantis “Ron DeSanctimonious.”

Additionally, Mr. DeSantis did not join the former president for a meeting with Senator Marco Rubio in Miami.

Trump has said he plans to announce whether he will run next week after moving on before the election.

The Pipa News Good news for the business community, Pakistan Railways has provided cargo vehicles for the convenience of businessmen Reduced fares Fares have...
Read more

The Pipa News Photo: BBCTwo teenagers have been stabbed to death in south-east London.According to foreign media reports, there were two murders in the...
Read more

The Pipa News KARACHI: A total of 7 consecutive cases have been registered in Karachi, Larkana and Quetta against Tehreek-e-Insaf Senator Azam Swati for...
Read more

The Pipa News Farida Murad Khani had previously been arrested twice for opposing the government, photo file Tehran: Farida Muradkhani, the niece of the...
Read more