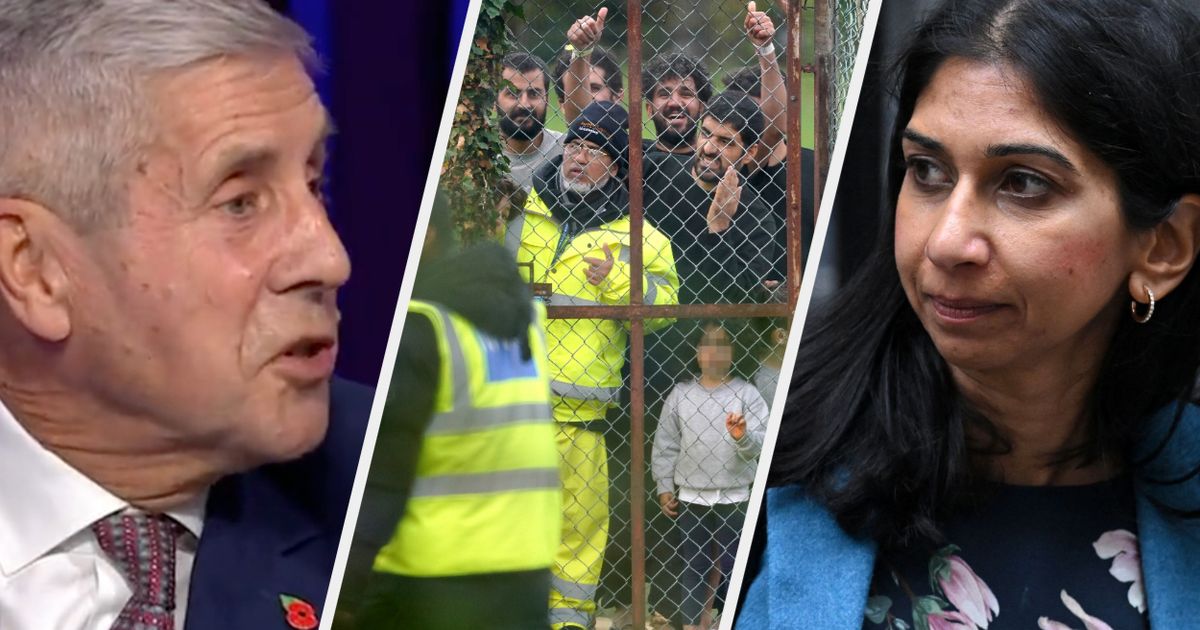 Suella Braverman’s attitude to the migrants in Dover was ripped apart by the chairman of Asda on BBC Question Time this week.

The Home Secretary finally left to visit the Manston migrant processing center in Dover on Thursday as concerns about overcrowding and the living conditions of refugees grow – but she traveled via a military helicopter.

Braverman also described Channel immigration as an “invasion” earlier this week, days after a petrol bomb attack on a Border Force immigration center in Kent.

Commenting on the political blame game over who is responsible for the ongoing struggles with English Channel crossings, Asda chairman Stuart Rose told BBC Question: “I think we should get away from this playground talk.”

“Immigration has been around for thousands of years,” he said. “Mostly it’s economic migration, because people who have no food, no water, no education, no future prospects for their children and no way to better themselves want to get to a better place.”

Rose said both his parents were immigrants who came to the UK, but “they probably wouldn’t” come in today.

“So let’s not beat it, we’ve done it. People have come here from persecution, political persecution,” Rose said, before mentioning the nationalities that have come to describe Britain as home.

“In that migration, there are always people who will game the system,” referring to the government’s recent criticism of Albanian refugees in particular.

Rose said that if Britain is to be a “rich, caring country” we must accept that it is “part of our duty” to bring in more people from other countries.

“I don’t like the Home Secretary standing there going to Manston today in a Chinook helicopter.

“What kind of message does that send to people? Are we starting a war with these people down in Manston?

“How do we ever allow a person to do that?”

Touching on Braverman’s controversial description of the migrant ‘invasion’, Rose said: ‘How could she speak such dangerous language about a problem?

“I don’t like the rhetoric… are we starting a war with these people down in Manston?”

Asda chairman Stuart Rose criticizes the Home Secretary for visiting an immigration center in a Chinook, saying his immigrant parents would probably not be allowed into the UK today #bbcqt pic.twitter.com/YuuNZolwKo

The Pipa News Rawalpindi (Qudrat Daily) The Punjab Bar Council has announced the launch of a province-wide protest movement against the judiciary. The...
Read more

A written disqualification decision has been issued for Faisal Vawda ThePipaNews

For interest in Punjab, Parvez Elahi – Pakistan, a sentence of 10 years was prescribed ThePipaNews

The Pipa News Punjab Chief Minister Chaudhry Pervaiz Elahi says steps are being taken to eliminate the usury system across the province, with a...
Read more

“The Supreme Court has intervened a lot, now it should back down” ThePipaNews

The Pipa News The Supreme Court is at a point where they have made many innovations such as making Pervaiz Elahi bigger than party...
Read more
Load more