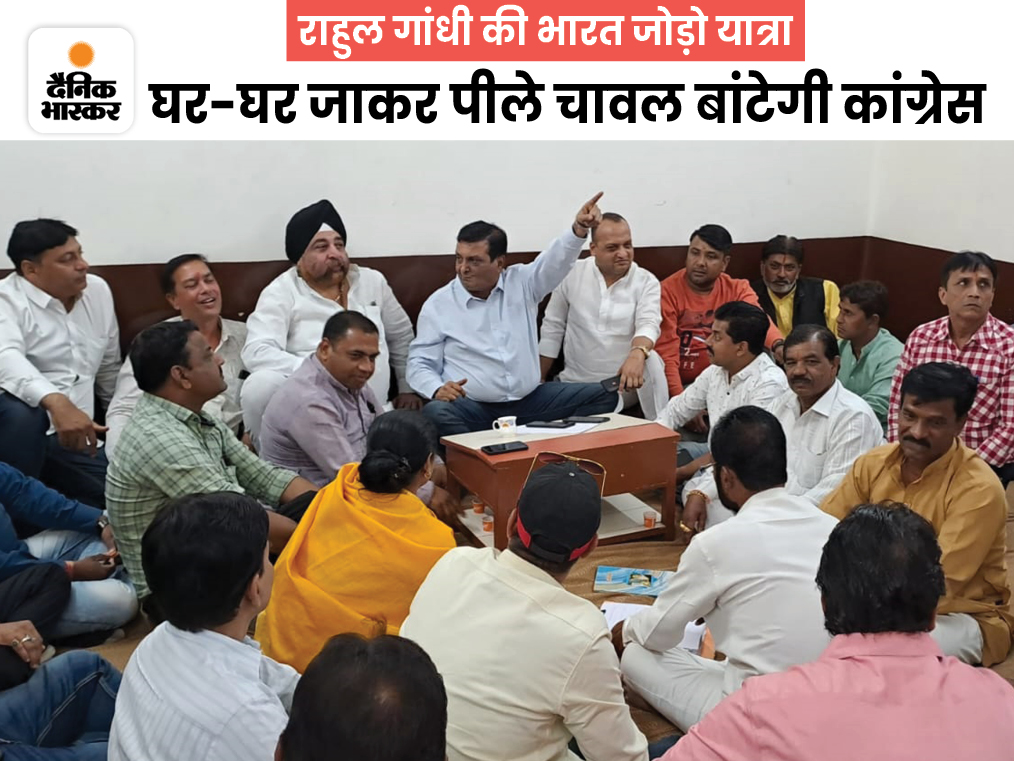 Rahul Gandhi’s advisory committee has made this proposal

Door to door will give yellow rice, will tell the purpose of the journey

A large number of people can participate in Bharat Joro Yatra. For this, Congress leaders are continuing to try. He is trying to get as many people as possible to join his journey. So all the leaders from small to big in Indore have been instructed to go door to door and meet the people and tell them the purpose of Rahul Gandhi’s visit and invite them to join the yatra with yellow rice. Soon Congress workers will approach people in their respective areas and invite them to join the yatra and explain the purpose of the yatra. Special emphasis has been laid on involving youth and social institutions.

When is Rahul Gandhi’s visit to Indore? Congress leaders are planning to give him a grand welcome at that time. The readiness to do so is recorded in history. However, special instructions have also been given to the leaders and workers to maintain order during this reception. Bakliwal said that Rahul Gandhi’s visit would be strongly welcomed through the forum on the Indore route which would be finalised. The special thing is that the welcome list is being prepared in Indore as well. Who will welcome him is also being finalised. It also revealed that everyone will be allotted areas according to the assembly. Where they can welcome Rahul Gandhi.

MP will take the planning of Hyderabad

City Congress president Vinay Bakliwal said that a few days ago a group of leaders from Indore went to Hyderabad. Here we understand the organization and planning of Rahul Gandhi’s India Jora Yatra. Similar planning and arrangements will be made here. He said that Rahul Gandhi started his journey at 6 am. Before this, the Seva Dal hoisted the flag. They have to join the journey at 5:30 am and reach there. After walking about 7-8 km they stopped for tea. There is a 10 minute break, where besides drinking tea we discuss with a few. After this the journey starts again and after a walk of 13-14 km the journey reaches its place around 10.30 am where lunch is served. Rahul Gandhi has a separate tent here, he goes there and the pilgrims are fed juices and fruits. Lunch starts here from 11:30 am. After lunch they take some rest and then meet people.

He said that the journey started again at exactly 4 o’clock. After that, after a walk of 8 to 10 km, Rahul Gandhi reaches the meeting place where the nooks reach. After addressing the people here, they proceed and reach where they are going to spend the night. Dinner is arranged here.

The Pipa News Prime Minister Shehbaz Sharif on Sunday accused Imran Khan of wanting to stay in power "even if it...
Read more
National