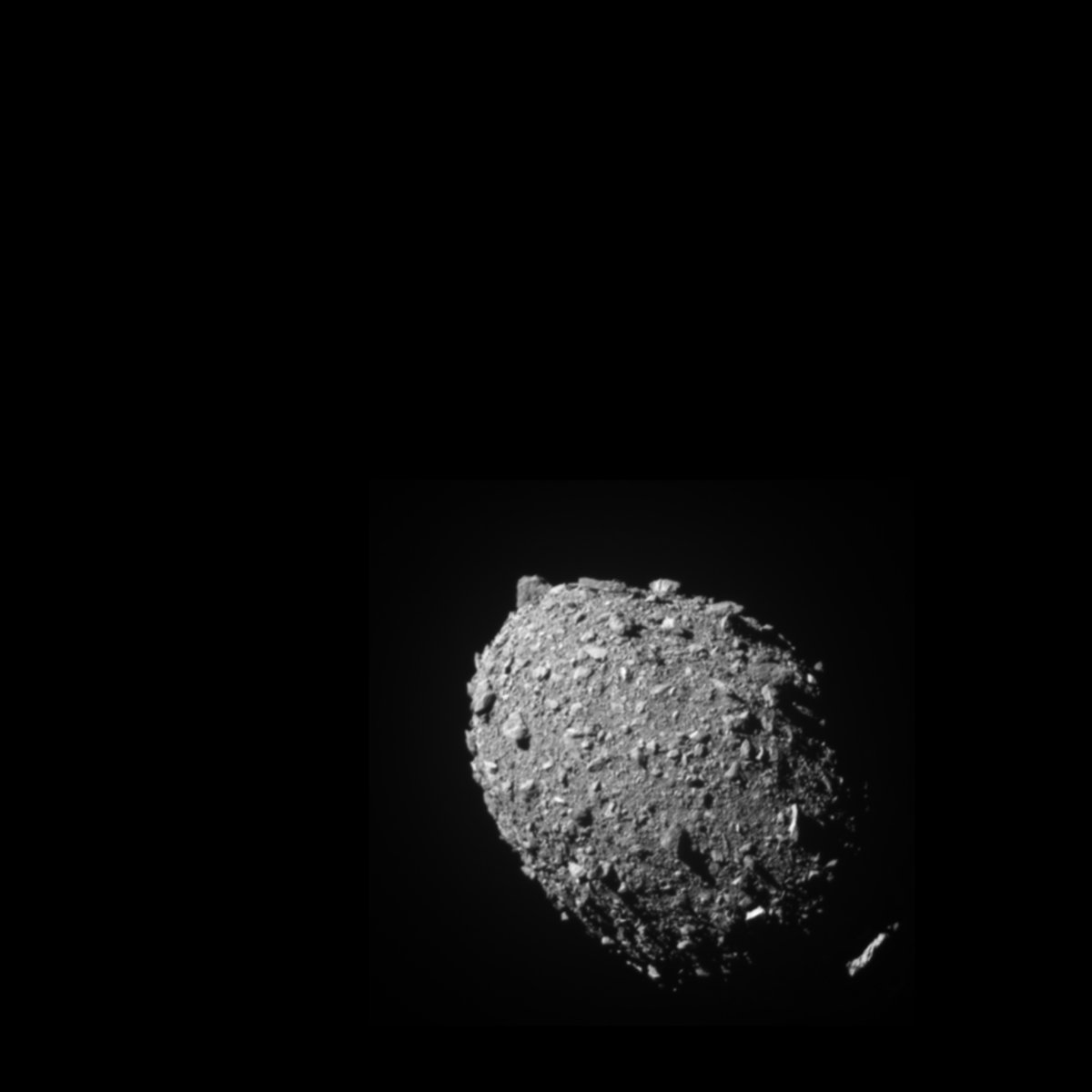 NASA has successfully flown its Double Asteroid Redirection Test (DART) to its asteroid target, in what was the agency’s first attempt to move an asteroid in space.

The target was the asteroid moon Dimorphos, a small body only 160 meters in diameter. It orbits a larger, 2,560-foot (780-meter) asteroid called Didymos.

NASA confirmed that none of the asteroids pose a threat to Earth.

After the successful mission, NASA Administrator Bill Nelson said: “At its core, DART represents an unprecedented success for planetary defense, but it is also a unity mission with a real benefit for all of humanity.

“As NASA studies the cosmos and our home planet, we also work to protect that home, and this international collaboration turned science fiction into science fact, demonstrating a way to protect Earth.”

How long was DART in space?

DART was directed into its asteroid target after 10 months in space.

The mission’s one-way trip confirmed that NASA can successfully navigate a spacecraft to intentionally collide with an asteroid to deflect it, a technique known as kinetic impact.

How did DART achieve its goal?

NASA has released information on how DART was guided to its asteroid target, and also how it was able to distinguish between the asteroid and the asteroid moon.

An agency spokesperson said: “The spacecraft’s sole instrument, the Didymos Reconnaissance and Asteroid Camera for Optical Navigation (DRACO), along with a sophisticated guidance, navigation and control system that works in conjunction with the Small-body Maneuvering Autonomous Real Time Navigation (SMART Nav) algorithms, enabled DART to identify and distinguish between the two asteroids, aimed at the smaller body.

“These systems guided the 1,260-pound (570-kilogram) box-shaped spacecraft through the final 56,000 miles (90,000 kilometers) of space into Dimorphos, intentionally crashing into it at approximately 14,000 miles (22,530 kilometers) per hour for to slow down the asteroid’s orbital speed somewhat.”

What should NASA do now?

It is estimated that the impact shortens Dimorpho’s orbit by about one percent, or about 10 minutes; accurately measuring how much the asteroid was deflected is one of the primary purposes of the full-scale test.