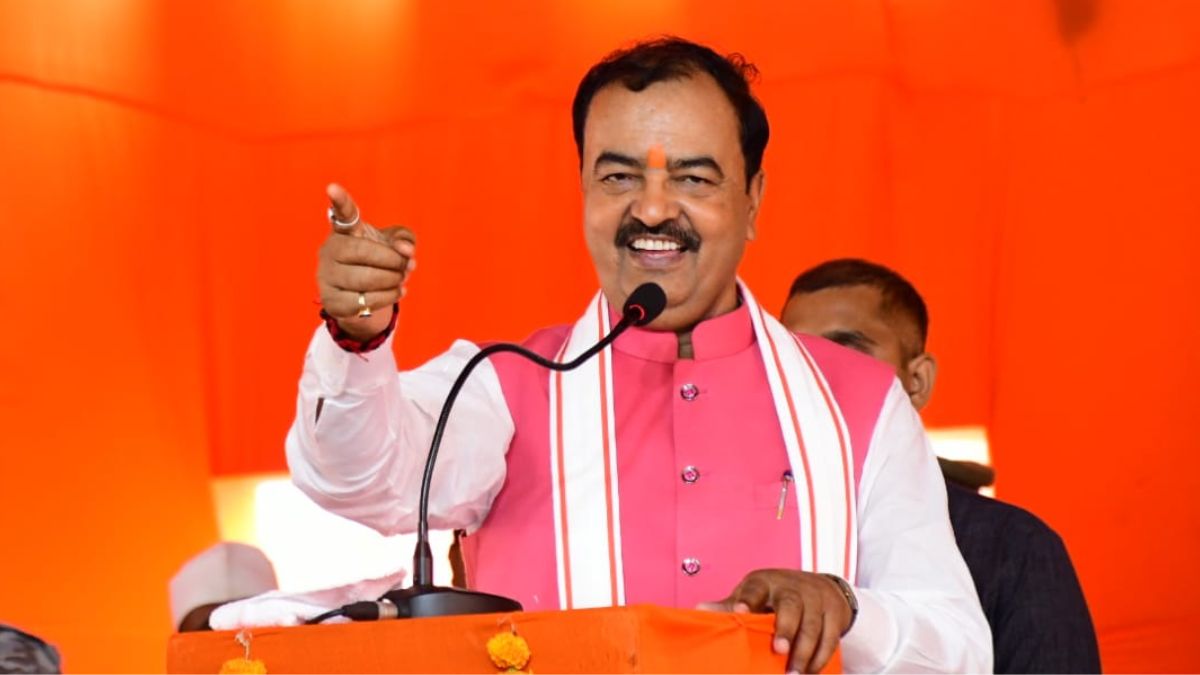 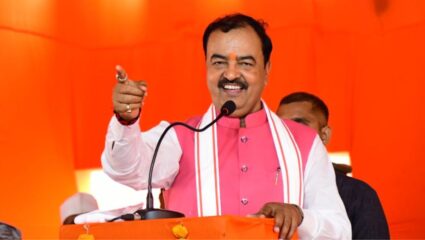 Lucknow: Uttar Pradesh Deputy Chief Minister Keshav Prasad Maurya chaired a review meeting on law and order and development work at Chitrakoot Collectorate Auditorium. Addressing the meeting, the Deputy Chief Minister said that all the officials should ensure that public representatives are not disrespected under any circumstances. The first in Bundelkhand is the entrance to Chitrakoot. It is the abode of Lord Sri Rama, a major change has taken place here. Developmental work should be done by officials through innovation on the pace of development and how to accelerate it. Pradhan Mantri Garib Anna Kalyan Yojana is running. Consider how to proceed with this. He said, do something different from the responsibility you have. Public problem of block, tehsil and thana comes up often, it seems that they are not monitored at block, tehsil and thana level, the day the block, tehsil and thana are fixed, then it will be ruled automatically. Work will be done according to destiny. He said that tehsils and blocks are a place where after solving all the problems, the village can be developed massively.

He said that Har Ghar Nal Yojana is the biggest project being run under Jal Jeevan Mission, which is the most important project in the country. As per the guidelines, drinking water pipelines should be buried in the ground within one meter as per the standards. All officials must visit the project during their visit to the village. Village roads and lanes which are damaged during pipeline laying should be repaired immediately by the working agency. In this regard District Officer Abhishek Anand informed that the work is being tested by deputing block level officials.

At the Collectorate Auditorium, Chitrakoot, along with honorable public representatives and senior officials, reviewed many important issues including development schemes and poor welfare schemes, administrative arrangements in the district. pic.twitter.com/VY2qm7MoYr

The Deputy Chief Minister directed the Superintending Engineer Electricity in the department where Assistant/Junior Engineers and contractual staff are appointed, if these people create disturbance at lower level, consider changing their feeders and supply electricity on time. Apart from this electrification should be done in the houses of the beneficiaries of Prime Minister and Chief Minister Awas Yojana. He said, those whose electricity bills are coming in higher than the standard, should be rectified immediately.

The Deputy Chief Minister told the district officer that Chitrakoot district is an ambitious district. Here, check the progress of Ayushman Bharat Golden Card and survey the housing beneficiaries who have been given Ration Card, Electricity, Toilet, Ujjwala Scheme, Ayushman Card, 90 days MNREGA, so that all the above beneficiaries of the scheme are getting benefits or not. may be Listen to people’s problems and solve them. He instructed the district supply officer that the distribution of food grains should be completed properly. He directed the officials of vigilance team of power department to improve their work, do not disturb anyone unnecessarily, action will be taken if they come to notice. When the progress of Pradhan Mantri Swanidhi Yojana was very slow, he ordered to extend it and said that the bending zones should be fixed so that the beneficiaries of this Yojana can get employment. Regarding the Pradhan Mantri Nagar Awas Yojana, he said, make the beneficiaries who are found ineligible aware of the reasons.

The Deputy Chief Minister directed the Chief Veterinary Officer to send the maintenance amount to the gaushalas on time. Work as per the government guidelines. Take care that the crops of the farmer brothers are not destroyed due to the Anna animal. Directed the Divisional Forest Officer, where trees have been planted, to inspect whether the trees are dry or not. He asked to inform the public representatives after seeing the plantation.

At the event in Chitrakoot, he addressed the people of the district about the poor welfare schemes and economic empowerment schemes run by the Uttar Pradesh government and said that the central and state governments have promised to financially enrich the village poor, women and empower every gram sabha. pic.twitter.com/Q2Uk99QZLe

The Deputy Chief Minister asked the District Officer to coordinate with the Madhya Pradesh officials to arrange for the cleanliness of the Parikrama Marg. Don’t let cows roam there. A separate proposal should be prepared and sent to the tourism department for the people doing the lying-in circumambulation. He said, wherever in the district, illegal encroachments have taken place on chalk roads. They should be removed immediately by raiding there. He said that farmers should avail the benefits of Pradhan Mantri Fruit Bima Yojana to their brothers.

Inaugurated the newly constructed Amrit Sarovar under MNREGA at Shivrampur of Gram Panchayat in Chitrakoot district and inspected the lake system. pic.twitter.com/rQJKIrpNyE

Grievances of common people should be resolved on the ground.

The Deputy Chief Minister directed the National Highways officials to start the work on Rajapur to Shri Ram Van Gaman Marg quickly. He said that considering that the temple of Lord Sri Ramlala in Ayodhya is being constructed soon, the work on Ram Bangaman Marg should be done quickly. So that the devotees can come to the abode of Lord Sri Rama. He asked the district officer to get the disaster relief amount to the beneficiaries through public representatives. The Deputy Chief Minister said that grievances of common people should be resolved on the ground. Deputy Chief Minister Keshav Prasad Maurya offered prayers at the Layana Baba Temple after the Ramayana site Sitapur and after offering prayers at the newly constructed Amrit Sarovar there, he inaugurated the Amrit Sarovar by cutting the ribbon.