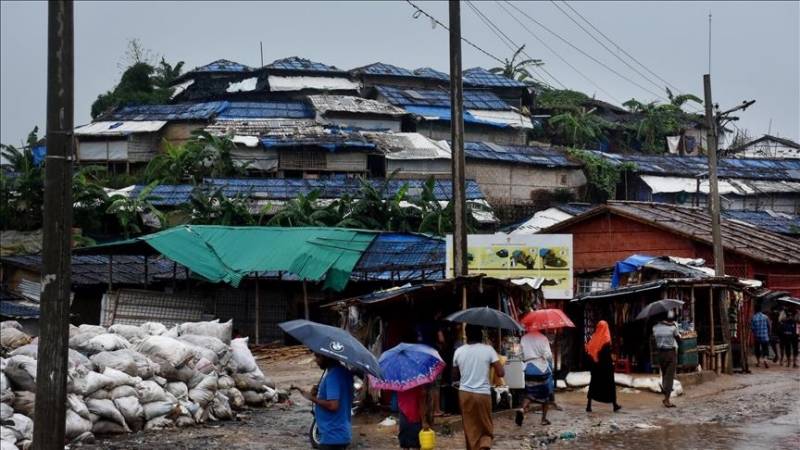 The United States on Thursday announced more than $170 million in additional humanitarian assistance for Rohingya inside and outside Myanmar, as well as refugee communities in Bangladesh.

With the new funding, total US assistance to the Rohingya refugee crisis has reached nearly $1.9 billion since August 2017, US Secretary of State Anthony Blinken said in a press statement.

With nearly $138 million for programs specifically in Bangladesh, it provides life-sustaining assistance to more than 940,000 Rohingya refugees, many of whom are survivors of genocide and crimes against humanity and ethnic cleansing, and 540,000 members of generous host communities.

“We urge other donors to contribute strongly to the humanitarian response and increase support for those displaced and affected from Burma (Myanmar),” Blinken said in the statement.

“Recognizing that the situation in Burma does not currently allow for the safe, voluntary, dignified and sustainable return and reintegration of the displaced Rohingya, we are working with the government of Bangladesh, the Rohingya and the people of Burma to find a solution to the crisis,” he said. added

Meanwhile, Bangladesh Prime Minister Sheikh Hasina said at a high-level event on the Rohingya crisis held at Lotte Palace New York Hotel in New York City on Thursday that Bangladesh has to spend about 1.22 billion dollars a year for the Rohingya. the refugee

He added that refugee sheltering activities have resulted in the loss of biodiversity and the destruction of approximately 6,500 acres (2,630 hectares) of forested land.

In his speech, he called on the international community to support the Rohingya politically and financially, including supporting The Gambia at the International Court of Justice to strengthen the fight against human rights abuses in Myanmar and ensure the safe return of the Rohingya to the southeast. Asian country

ThePipaNews Mumbai: Rapper Coolio of Gangstas Paradise fame has died at the age of 59. According to media reports, his manager confirmed the...
Read more
National

A call for brotherhood in the footsteps of Imam Hasan (a.s.) at the peace conference ThePipaNews

ThePipaNews New Delhi: Best Triple Rear Camera Phone on a Budget : If you are a photography enthusiast and want a triple rear camera...
Read more
National

ThePipaNews Mumbai: Rapper Coolio of Gangstas Paradise fame has died at the age of 59. According to media reports, his manager confirmed the...
Read more

A call for brotherhood in the footsteps of Imam Hasan (a.s.) at the peace conference ThePipaNews

ThePipaNews CONOR MCGREGOR and Nate Diaz were engaged in another Twitter spat overnight with the Irishman threatening to "break" his rival's jaw. The Irishman makes...
Read more