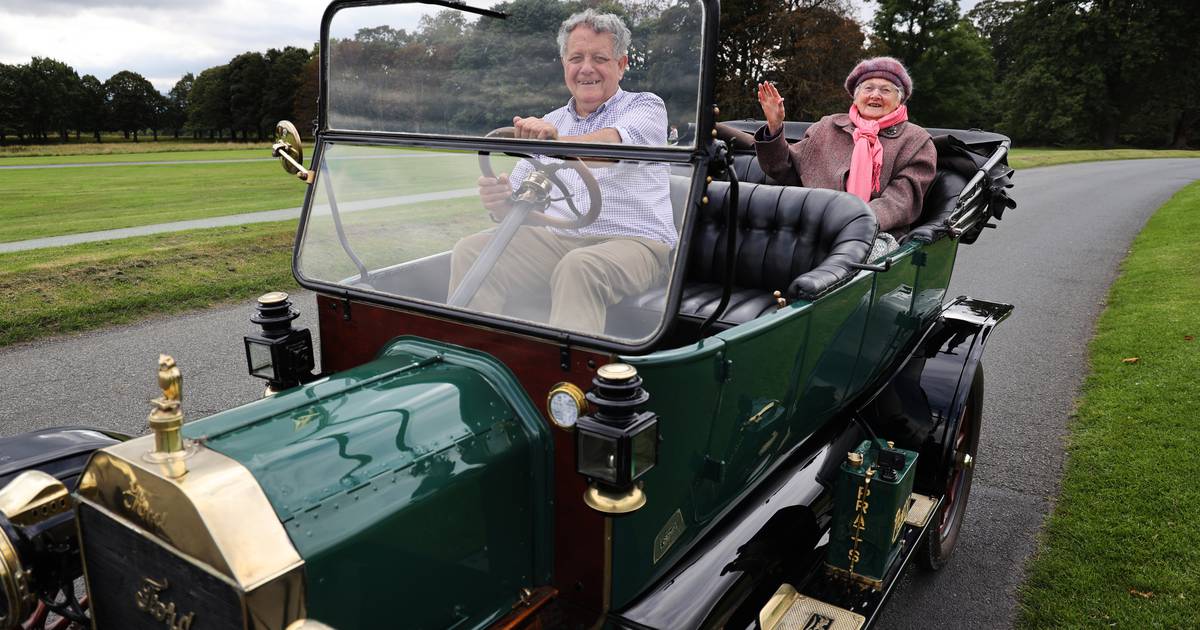 Máirín Hughes wondered what all the fuss was about as she prepared to take an outing in the Phoenix Park. The 108-year-old was collected on Wednesday from Mayfield Nursing Home in Chapilizod by Maurice O’Keeffe who had struck up a friendship when he interviewed her for the Irish Life and Lore project he runs with his wife Jane.

“She has had an incredible life running the medical laboratory at UCC, even living among the Blasket Islanders and Peig Sayers at one stage,” he said. “We were excited to get her oral history and since I have a friend who owned a Model T that was built in 1914, we thought it would be good to take a 108-year-old lady for a drive in a 108-year-old car. “

Hughes, who is now one of Ireland’s oldest women, was born in Belfast on May 22, 1914, two months before the start of the First World War.

She spent her early years in Dublin where her father worked as a customs officer. Her parents met in London a few years earlier and were both members of the Gaelic League. The family moved to Killarney in Co Kerry where she grew up.

Living in a nursing home during the Covid-19 crisis was not her first experience of surviving a pandemic. In an interview with The Irish Times to mark her 108th birthday earlier this year, she vividly recalled the Spanish flu in Ireland in 1918 – her mother “used to look after people” who fell ill in the neighborhood at the time.

“She used to go over to an elderly couple and I would go with her to help carry food and things for them, but I had to stay outside the gate to avoid catching the flu,” she added.

Other prominent memories from her years in Killarney include the Black and Tans patrolling her area in 1921. She can remember them “driving round the road” and soon after the Free State soldiers arrived in 1922.

In the early 1930s, Hughes moved to Cork to study science at University College Cork, something she admits was “unusual” for women at the time, although she noted, “I wasn’t the first”.

She went on to work as a chemist in the UCC medical laboratory for 16 years, observing first-hand the changes and advances in medicine at the time and lecturing from time to time. Hughes remained there until she married her husband Frank in 1950. The couple then went to Dublin where she became a teacher. Her husband was a clerical officer in what was Córas Iompair Éireann (CIÉ), the state transport company. The couple had no children.

“She’s fine, she’s wondering what all the fuss is about,” Mayfield Nursing Home chief nursing officer Hayley Gibbons said as Hughes prepared for his outing.

Liz Truss did it, King Charles did it, many celebrities have done it: Why don’t we care about the horror of adultery anymore? ThePipaNews

Joe Biden says the US will “never, never” recognize Ukraine’s regions as part of Russia ThePipaNews