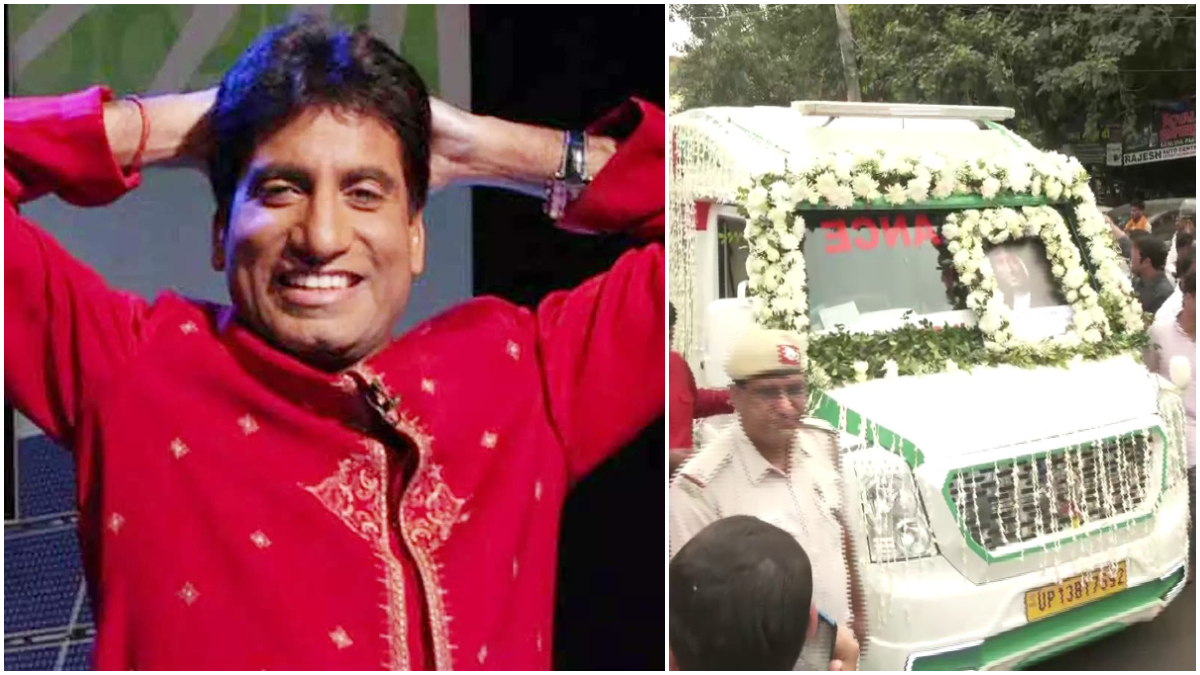 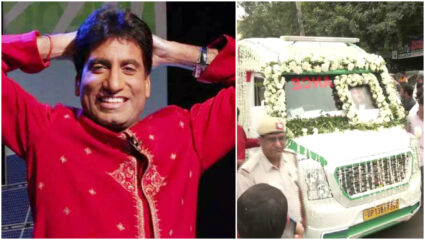 Mumbai: Comedian Raju Srivastava passed away. He breathed his last at the age of 59. Raju Srivastava’s health was deteriorating for the past few days. He was undergoing treatment at AIIMS Hospital. His death has cast a pall over the entertainment world. The family is saddened by the sudden death of the actor. Raju Srivastava has now merged into Panchatattva. Raju’s final journey begins from his brother’s house in Dasharathpuri. His last journey started around 9 pm. The ambulance in which Raju Srivastava’s body was carried was decorated with white flowers. Apart from family and friends, some celebrities were seen attending Raju Srivastava’s last darshan.

Raju Srivastava was lit by his son Ayushmann Srivastava. Let me tell you, the comedian has two children, son Ayushmann is a sitar player, and daughter Antara is an assistant director.

Let me tell you, his comedy performance in Salman Khan’s Mayne Pyaar Kiya won the hearts of many. Raju has acted in many movies and shows. Raju also appeared in ‘Bigg Boss 3’, ‘Nach Balliye’ and ‘Comedy Nights with Kapil’. Raju started his career with stage shows. Raju has acted in many films and serials. Audience loved Raju’s comic timing. Raju Srivastava is also known as the ‘King of Comedy’. Apart from this, his performance as ‘Gajodhar Bhaiya’ has also received special love from the audience.