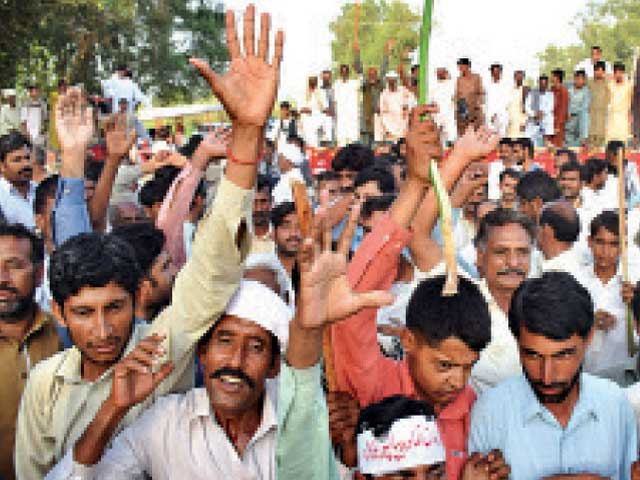 Islamabad: The Punjab Kishan Ittehad strike against the government continues at F-Nine Park in Islamabad.

According to Express News, Punjab Kisan Ittehad raised slogans against the government during the sit-in at F-Nine Park. The protestors said that if the demands were not met, Kisan would move to President de Chock on the call of Ittehad.

Farmers on strike say they are peaceful people, arrests should stop, they respect all institutions.

The road leading to F-Nine Park was closed to all traffic during the police presence.

According to sources, the Prime Minister will meet the farmers on his return to the country on September 28.

On the other hand, when PTI leader Shah Mehmood Qureshi came to participate in the farmers’ strike, he was barred by the police.

In a tweet from the police, Islamabad police will perform their duty without discrimination.