Pajar Lake is overflowing With 70 acres of crops washed away in the Pajar lake, the overcrowded farmers have a growing headache ThePipaNews 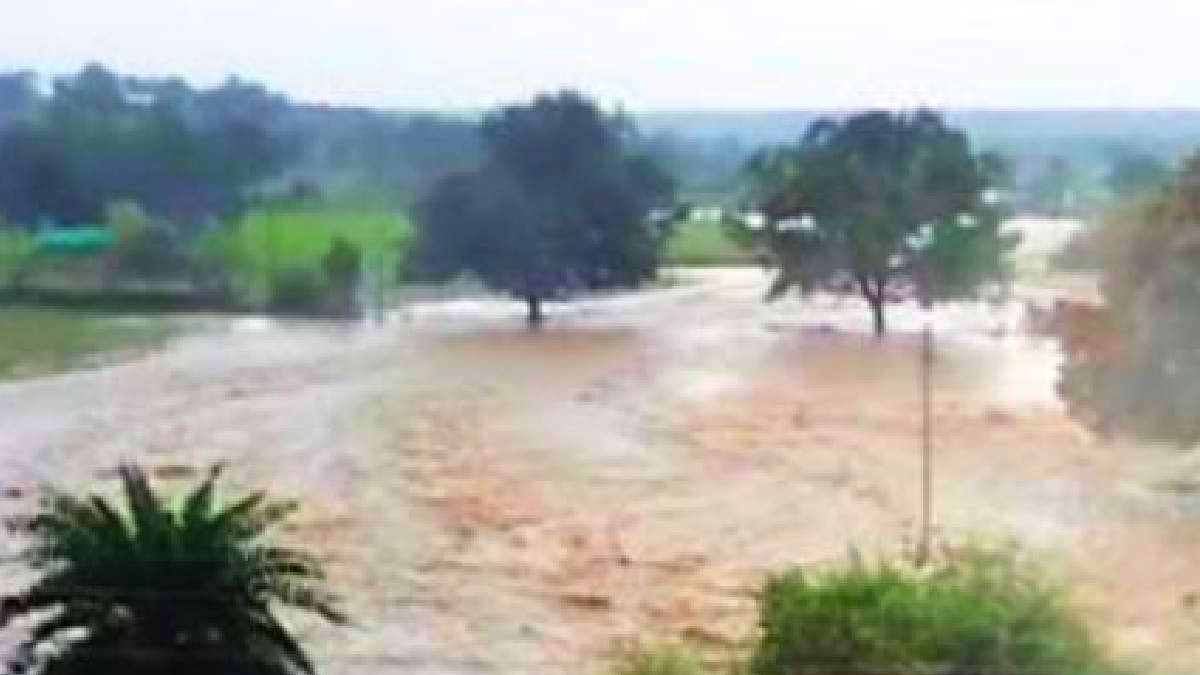 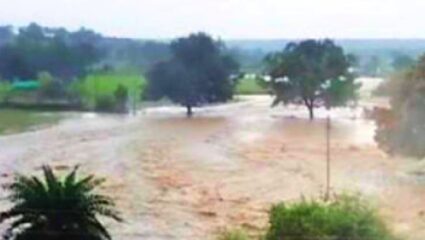 Malegaon: Due to torrential rain in Malegaon town and tehsil, the water of Pajar Lake overflowed. 70 acres of agricultural crops have been submerged in water due to the strong current. Devarpade, Shendurni, Sajwal villages also suffered heavy crop damage. The fertile soil of the fields with crops like cotton, maize, pomegranate, onion has been washed away. It is said that 25 farmers have suffered a loss of about two crore rupees in this natural disaster. The revenue department is reporting the losses. If the panchanama is done, it will be known how much loss a farmer has suffered.

District Magistrate Vijayananda Sharma along with water conservation officials took stock of the crop damage. BJP district president Suresh Nikam and colleagues took stock of the damage and encouraged the farmers. The farmers demanded immediate compensation. Sharma directed the sub-divisional water conservation officers to immediately file a proposal for repairing the dam. In Sajoahal village, water is leaking from the wall of the pond, Branch Engineer Yuvraj Ahir has been instructed to inspect and take action. Talathi, Agricultural Assistant and Village Sevak were present, they were instructed to do the panchanama immediately. Pajar lake is completely filled due to incessant flow. In the last few days, due to a large landslide, the dam broke and water entered the fields, drowning the crops.

Many animals are reported to have died due to the rain

25 to 30 farmers including Manish Suryavanshi, Devba Maske, Bharat Chicken, Sudhakar Sarode, Rama Maske, Vikon Gudhe, Balu Maske, Pintu Sarode, Sanjay Chicken have suffered huge losses. Major crops like cotton, pomegranate, maize, onion have been damaged due to inundation. A few wells have sunk as water seeps into fields and wells. Heavy rains washed away agriculture along rivers and dams. Many animals are also reported to have died due to the rain. A wall of a house collapsed in Nandgaon Budru. Similarly, in Ghanegaon, there have been reports of house walls collapsing. Fortunately, there were no casualties in these two accidents.