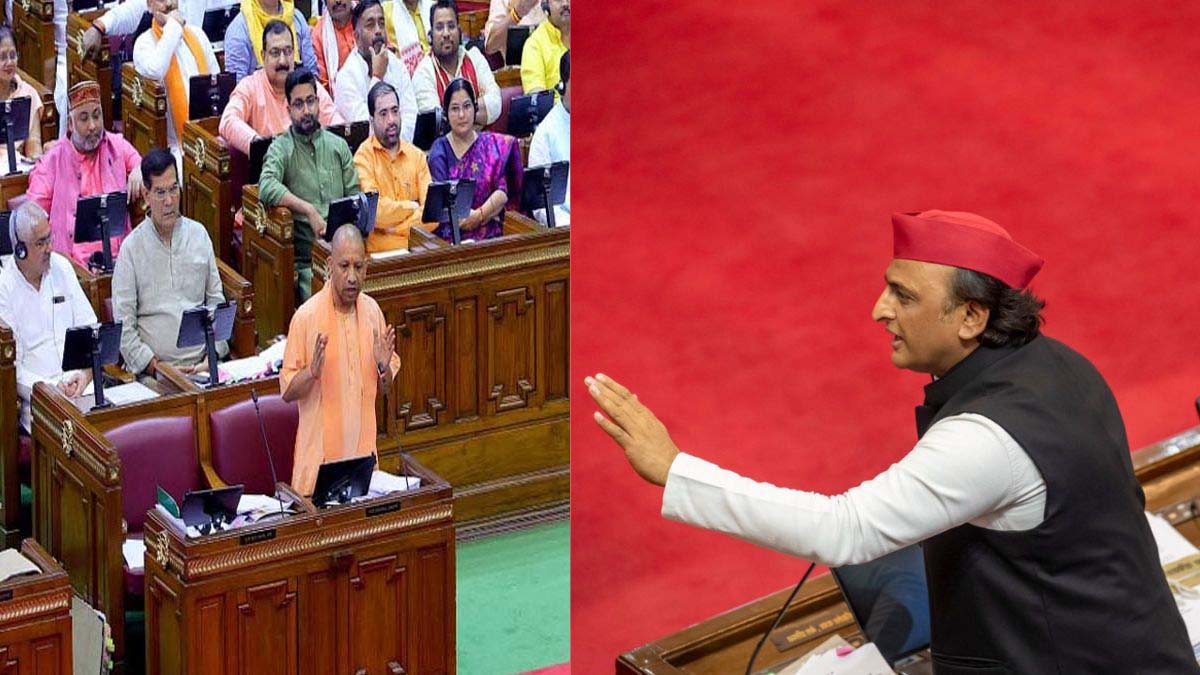 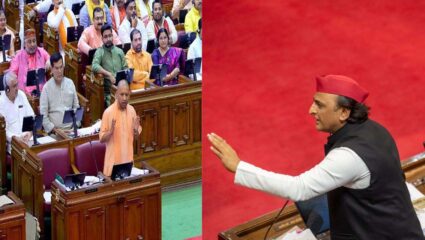 Lucknow: The war of words between the ruling party and the opposition reached its peak on the second day of the monsoon session of the Legislative Assembly over health services in Uttar Pradesh. When opposition leader Akhilesh Yadav criticized poor health services, Chief Minister Yogi Adityanath retaliated and lambasted previous socialist governments. There was also a flurry of rules on the debate in the House and leaders of the ruling party and the opposition also took the lead.

On the second day of the monsoon session, SP members created ruckus and came to discuss health services. As the proceedings of the House began on Tuesday, Leader of Opposition and SP president Akhilesh Yadav said that health services in the state have stalled, which should be discussed first. When the Speaker denied it citing rules, the SP members became agitated and chanted slogans and the proceedings were disrupted. At that time Chief Minister Yogi Adityanath was present at the house. Later, after the question and answer session, when health services were discussed, if the SP agreed, the question and answer session started 15 minutes late.

Akhilesh Yadav highlighted many other topics besides health

Initiating the discussion, Leader of Opposition Akhilesh Yadav raised several issues including health. He raised questions ranging from custodial deaths to black flag protests and arrests. He said, today the health service is bad, people are not getting ambulance, oxygen. Where it started was for the poor. The SP chief said there was a shortage of medicines across the state and reports of patients not getting treatment and stretchers in many places. He said that during Corona, hospitals had to carry dead bodies on their shoulders and on motorcycles.

Why is the health care situation bad? Why is the ambulance not reaching the village? Who is behind the courage to ask for a bribe for the stretcher? pic.twitter.com/IW4KEfTkOt

Akhilesh Yadav said that efforts are underway to close government institutions through privatization. Only government hospitals refer patients to private hospitals. He said that the Samajwadi government had given land for a hospital for children and AIIMS in Gorakhpur. Most of the medical colleges built under his government did not progress.

Responding to this, Chief Minister Yogi Adityanath said in Parliament that the leader of the opposition is campaigning to others, but the reality is that he has been in the government for four times in the state, but during this time the anemia has increased. , mother-child rate. He said that due to encephalitis, panic prevailed in Gorakhpur and surrounding areas during this season and 1200-1500 deaths occurred. It is this double engine that is the result of the government’s action that today the death of encephalitis is zero. The chief minister said primary health centers in socialist governments were on the verge of closure and there was a shortage of doctors. Today the response time of the ambulance has come down due to the efforts of the government and medical colleges are being built in every district.

A medical university is being built for the first time

Ayush University is being developed for the first time for traditional medicine.

And for the first time a sports university is also being created: #UPCM @myogiadityanath pic.twitter.com/Gs4eCA4Duj

Where was Akhilesh missing during Corona!

Responding to Akhilesh’s complaint during Corona, the Chief Minister said that they were not even visible where they were missing at that time. After this, the SP MLAs started a dharna at Wale demanding a discussion on law and order. The proceedings of the Legislative Assembly were adjourned till Wednesday as the ruckus did not stop.

Further devaluation of the dollar ThePipaNews