Tired of being tortured by son and daughter-in-law, the old man commits suicide ThePipaNews 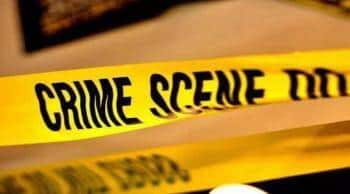 A 65-year-old man tried to commit suicide by jumping into the flood waters near Dutnia Maruti in Godavari, Nashik on Monday morning. Realizing the matter in time, the lifeguard jumped into the water and saved the old man’s life. The old man’s name is Gopinath Kondaji Tribhuvan (65). It is said that he took this decision after being tired of his son and daughter-in-law.

Emotional harassment from son and daughter-in-law

Currently Nashir resides in CIDCO’s Tek Nagar, Tribhuvan is a resident of Vaijapur. In the morning they came to Ramkund area. The Godavari river has overflowed due to continuous rains. Tribhuvan jumped into the Goda pot near Dutanya Maruti. Lifeguard Deepak Kurane noticed the matter. Without a moment’s delay they jumped into the flood. Tribhuvan was pulled from the water near the Ram Setu Bridge. Tribhuvan said that he decided to commit suicide as his son and daughter-in-law were harassing him mentally.