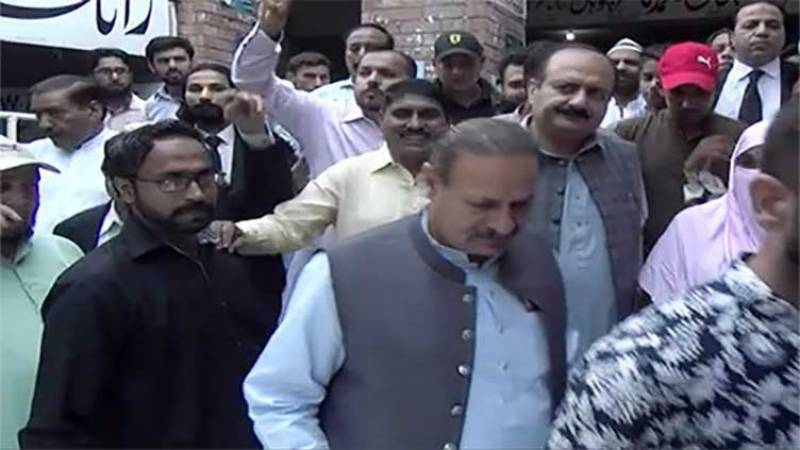 The Sessions Court has ordered the interim bail of 10 Pakistan Muslim League-Nawaz (PML-N) MPs, including Rana Mashhood, in the Punjab Assembly riots and vandalism case.

During the hearing, the lawyers of the accused side took the stand, ‘The case has nothing to do with the riot that the police has filed for political revenge.

The prosecution took the stand that the accused were accused of rioting in the Punjab Assembly and their arrest was necessary to complete the investigation.

After hearing the arguments of the lawyers, the court granted interim bail to all the accused and directed the accused to submit a bail bond of 50,000.

Talking to the media outside the sessions court, PML-N leader Rana Mashhood said that Imran Khan wants the next army chief to be of his choice.

Reacting to the Pakistan Tehreek-e-Insaf (PTI) chairman’s statement, he said that Imran Khan said yesterday that if he does not come to power in the next two months, we will lose everything. I want to tell Imran Khan that he has already lost the trust of the nation. He said that the PTI chairman’s negative intentions were revealed to Pakistanis.

Rana Mashhood said that soon Imran Khan will be in jail in the foreign fund and Toshakhana case.

Moreover, he blamed the ousted PTI government for the rise in electricity bills, petrol and daily commodity prices.

The League leader said that Prime Minister Shehbaz Sharif would control inflation in the next few months, adding that the Prime Minister was going to represent not only Pakistan but the entire Muslim Ummah at the United Nations (UN).

He said that he will speak out against Islamophobia at the United Nations.