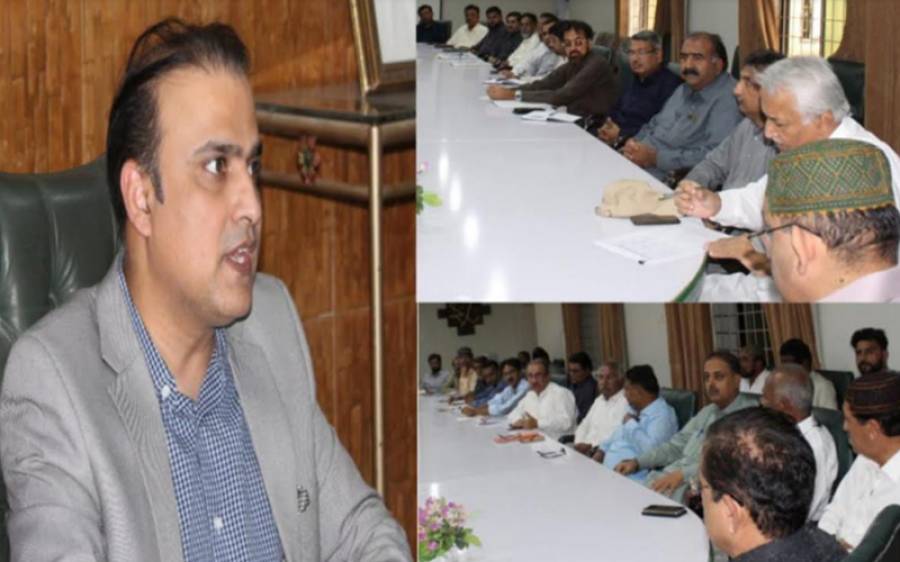 Umarkot (from Syed Rehan Shabbir) A rehabilitation app has been developed to register and rehabilitate rain-affected houses, schools, government buildings and institutions in Umarkot district, through which the Taluka Citizen Task Force will collect all the data. Chairman of the District Disaster Management Authority and Deputy Commissioner Umarkot presided over the meeting held at the Durbar Hall of the District Commissioner’s office. MB Raja Dharijo.

Deputy Commissioner MB Raja Dharijo said that rainwater drainage and distribution of ration bags should be expedited and the process of punishment should be continued so that no injustice is done to anyone, strict legal action will be taken against anyone who neglects this good work. At that time, MPA and member DDMA Umarkot Syed Amir Ali Shah, SSP Umarkot Ejaz Ahmad Sheikh, Nawab Younis Talpar, Haji Baka Palli, Haji Anwar Razar, Haji Golam Akbar, Daras, Khalid Mian Walhari, Haji Golam and others participated in the meeting through video link. Akbar Dars, Additional Deputy Commissioner Umarkot Kabir Ali Shah and related officials were present in the meeting.

On this occasion, Member of Sindh Legislative Assembly Syed Ameer Ali Shah discussed the decisions taken in the previous meeting with all Assistant Commissioners and officials of Taluka Citizen Task Force through video link and rainwater drainage, relief activities for flood victims in last 15 days. On receiving the information, the Taluka Citizen Task Force officials have been instructed to speed up the relief work.

It was said in the meeting that the administrators of all union councils will submit the water drainage machines within 3 days and strict action will be taken against the defaulters. Meanwhile, Member of Parliament Syed Ameer Ali Shah gave strict instructions to the officials of the Department of Livestock and said that the cattle should be vaccinated immediately in all the Union Parishads of the district. While giving instructions, he said that the problem of water shortage should be solved soon on the Newchu water supply project. At that time he directed the Deputy Director Social Welfare to compel all the NGOs to improve their performance and those NGOs which are inactive should be fully activated and submit their performance reports.

It was decided in the meeting that the officials of the irrigation department should be forced to provide clean drinking water to the citizens of Umarkot district. Municipal and local government officials were directed to maintain sanitation processes.