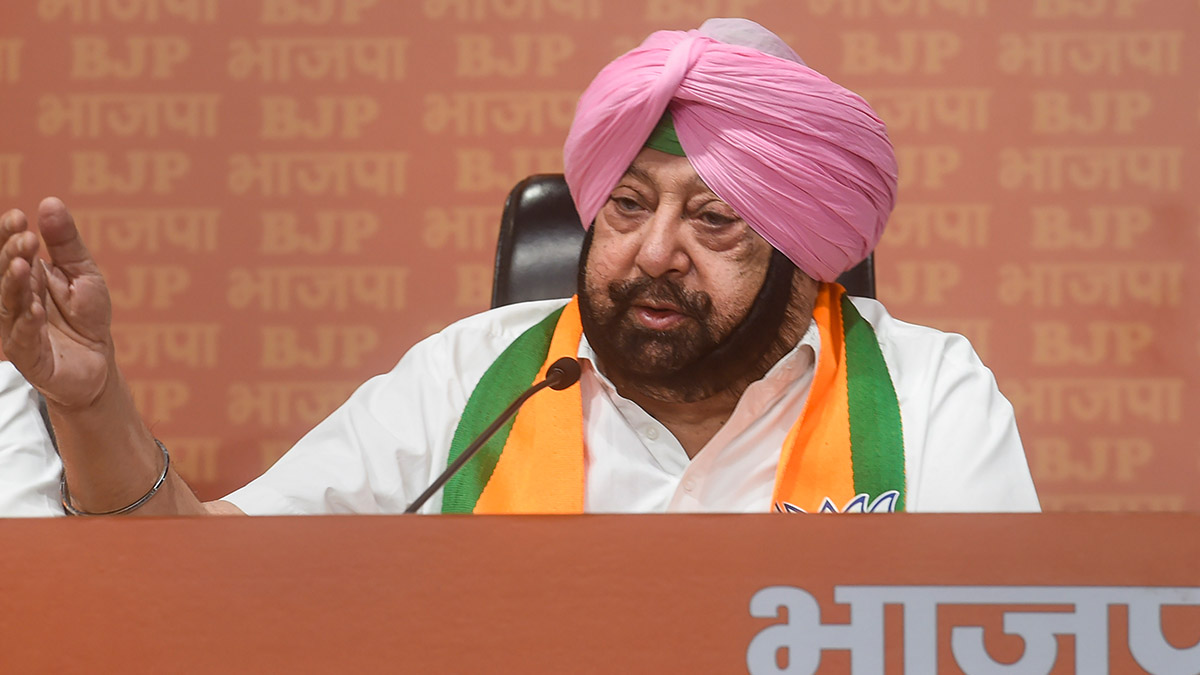 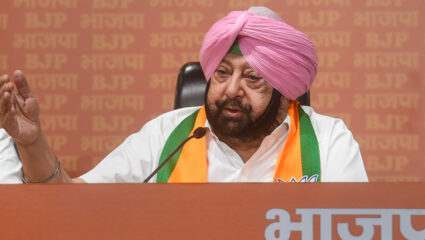 New Delhi. Former Punjab Chief Minister Captain Amarinder Singh on Monday launched a scathing attack on the Congress after he joined the BJP. He alleged that no steps were taken to procure modern equipment for the defense forces during the UPA government, when India was surrounded by two hostile neighbours. He said that China has surpassed India in terms of weapons and it is Congress’s fault.

Amarinder Singh formally joined the BJP at the party headquarters here. The Punjab Lok Congress led by him also merged with the BJP. Singh said the time has come to join a party that looks after the country’s interests. He said that during AK Antony’s tenure as Defense Minister in the UPA governments, not a single weapon was procured for the Army, Navy and Air Force.

Punjab is a border state, and I have seen our relations with Pakistan deteriorating…Drones are now coming into our territory to create total chaos in Punjab. China is also not far from us. It is our duty to protect our state and country: Captain Amarinder Singh in Delhi pic.twitter.com/TPc1rgz96U

“We are surrounded by two enemy countries China and Pakistan and we (Punjab) are suffering,” Singh said. It is our duty to protect our state and country. Unfortunately, China is way ahead of us in weaponry and it’s Congress’s fault. I am not saying this because I am no longer a part of the Congress but I don’t think any arms were bought for the army, navy or air force during AK Antony’s four terms. Now comes the weapons which are essential to us if we are to secure our nation.

Notably, Antony was the Union Defense Minister for most of the two Congress-led UPA governments from 2004 to 2014.

Amarinder Singh also mentioned Pakistan’s efforts to create trouble in Punjab. “Punjab is a border state and I have seen the deterioration of our relations with Pakistan… Drones are now coming into our territory to create complete chaos in Punjab,” he said. China is also not far from us. It is our duty to protect our state and country.

Chowdhury Parvez Elahi has come up with a new strategy to save money in such a mind-boggling way. ThePipaNews

Neetu Kapoor Video Neetu Kapoor shared a video on her son-in-law’s birthday, where they were seen dancing together to a Rajasthani song ThePipaNews

World recession, the world economy on the brink of recession? These figures give a warning, read and be careful – are we on...