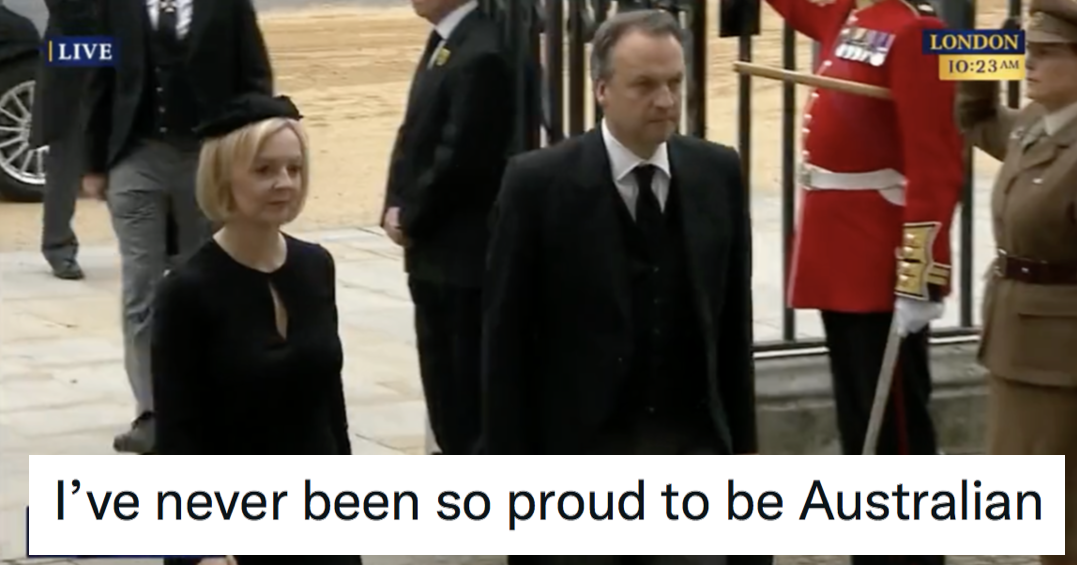 There was comprehensive TV coverage of Queen Elizabeth II’s funeral today, not just in the UK (well, apart from Channel 5) and on TV channels around the world.

We mention this because a foreign broadcaster went viral with this harrowing – and terribly funny – moment when Liz Truss arrived.

It’s Peter Overton and Tracey Grimshaw on Australia’s Channel 9 and, well, you better have a watch for yourselves.

And these are our favorite things people said about it.

Damn cheek! These Australian presenters have no idea who I am. pic.twitter.com/wQPjqCSI83

I present, for your entertainment, pictures of Liz Truss getting out of a car and the Australian media saying, “Who the hell is that?”

I have never been more proud to be Australian

An incredible moment when Australian TV has no idea the person they’re watching is Liz Truss pic.twitter.com/mrwwyFRBJZ

Forgotten before she even remembered.

We don’t identify her as British Prime Minister either https://t.co/1dCKmmYJlc

I envy them. I enjoy those few seconds when I wake up in the morning, before I remember who the prime minister is.