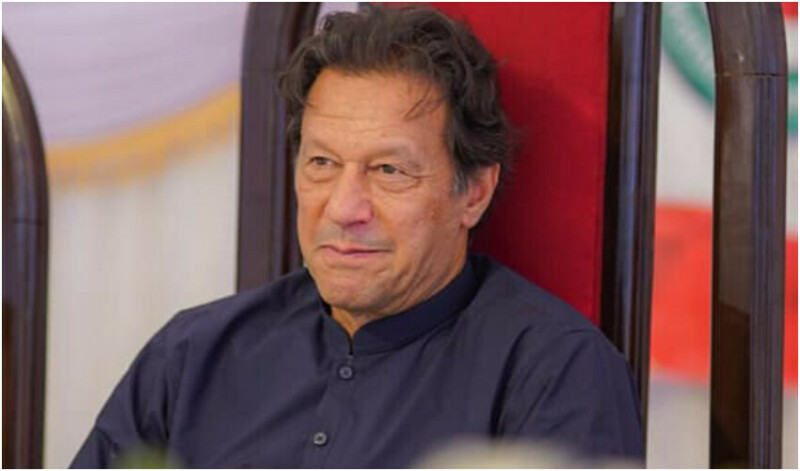 Former prime minister and Pakistan Tehreek-e-Insaf chairman Imran Khan said those who are threatening with secret numbers will do whatever they want.

In Chakwal public meeting, Imran Khan said, my nation has given 14 billion rupees for flood victims through 3 telethons, there are no people across the country.

The former prime minister said, the condition of Sindhis is very bad today, but see Shahbaz Sharif’s indifference that he is traveling abroad, what big fight does he have to fight in the United Nations? Bhutto Zardari also went abroad.

Imran Khan said, Shahbaz Sharif continued to show in the country, in advertisements he continued to show the development of Punjab, such a big tragedy happened in Pakistan but the world is not giving money because they know that robbers and thieves are in power. This country has been planted as part of the conspiracy.

The former prime minister said, Allah commands us to support good and stand against evil. When our government was overthrown by foreign conspiracies, they should know that Imran Khan did not grow up in an institution nursery, he came here after 22 years of hard work, I will never accept these thieves, as long as my blood remains. I will fight them, I will never give up.

Chairman Tehreek-e-Insaf said that those who talked about reducing inflation, they have brought the punishment of inflation on the people in 5 months. In our time electricity was Rs 16 per unit, now it is Rs 36 per unit. If tax is included, a unit is Rs.50.

This former prime minister said, I said the army chief should be selected on the basis of merit, Asif Zardari and Nawaz Sharif can never select anyone on the basis of merit, they see nothing but their family. Bilawal has no competition with Aitzaz Ahsan, Aitzaz Ahsan would have been party chairman if he had merit, not Bilawal or Asif Zardari. Where is Chowdhury Nisar, a disgraced politician, and where is Maryam, the princess of the Muslim League (N).

Chairman PTI said the nation will appoint an army chief whose book on corruption has been published. Nawaz Sharif lied and went abroad, he is a fugitive, such a person will be appointed as the army chief?

Imran Khan also said that I must ask this question to DG ISPR that you should at least understand what I am saying. Chief should not be elected, Shehbaz Sharif is deciding with Nawaz Sharif who will be the army chief of Pakistan.

Chairman PTI said, those who know me know that the more they press the more I will fight them, every Pakistani should be ready, I am not talking about politics, real freedom and Jihad, Pakistani fear. Break idols, scare the anonymous. Number scaremonger, Mr. X and Mr. Y threaten, who are they to scare you, country’s leadership is people’s decision, what to do with secret number scaremongers. We will too.