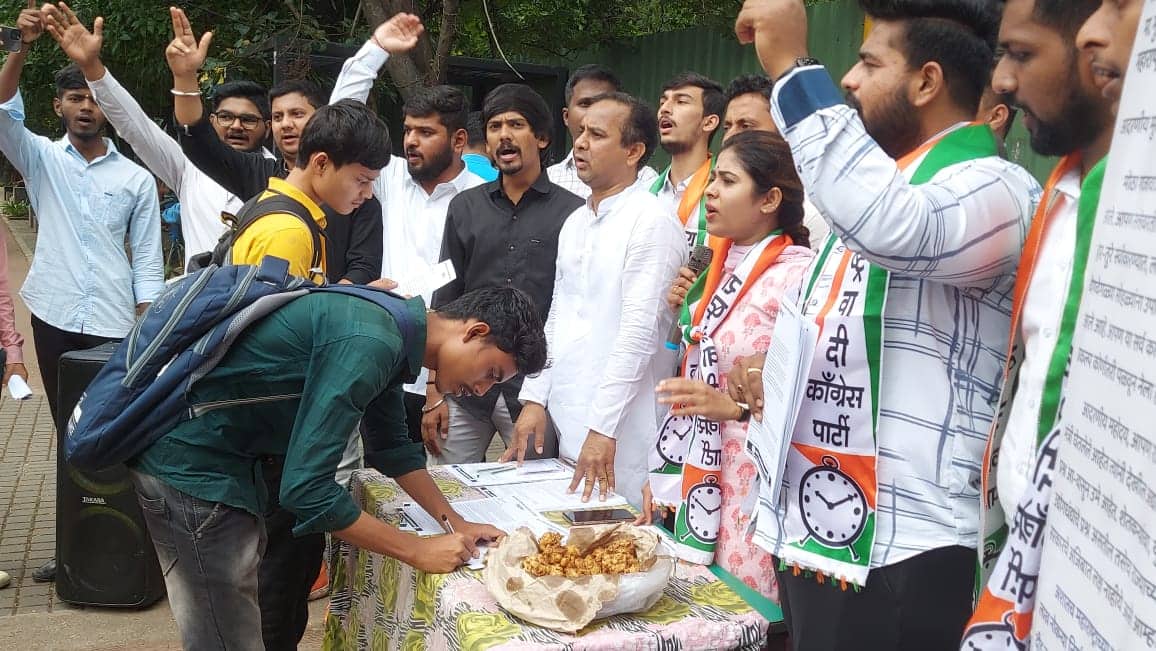 Pune: Vedanta Foxconn Group’s project from Maharashtra shifted to Gujarat due to inaction of Shinde-Fardnavis government. Protesting that incident, a “request letter” was signed by NCP Students Congress students outside Pune’s Fergusson College today to remind the Chief Minister and Deputy Chief Minister of their duty, remembering that now is the time. To sell fries to the unemployed youth, this time the state government protested by selling fries to the youth. Popcorn to students, Foxconn in Gujarat, Panas Khoke, danger to students were also announced on the occasion.

Sandhya Sonawane, president of the Pune division of the Nationalist Congress Party, who led the movement, said that nearly 2 lakh youth would have been employed if the Vedanta Foxconn Group project had come to our state. But due to the inaction of the present Chief Minister and Deputy Chief Minister, the project went to Gujarat. We are protesting this incident.

He also said that the central government has announced several times in the last eight years that it will provide employment to lakhs of youth. But they did not provide any employment. But the BJP leadership said now the pakoras should be fried. It was also called employment and today that statement seems to be true. As the project of Vedanta Foxconn group moved from Maharashtra to Gujarat, it is time to sell fritters to our youth instead of pakoras, so today we are protesting against the central and state governments by offering fritters to the youth, he said.

Is there any connection between PFI and Shiv Sena? Argument with Ashish Sheller’s statement, doubt growing stronger – News 18 Lokmat ThePipaNews

ThePipaNews Mumbai, September 29: The BJP has been heavily targeted in the headlines of the Shiv Sena match. This structure built by Shiv Sena...
Read more
National