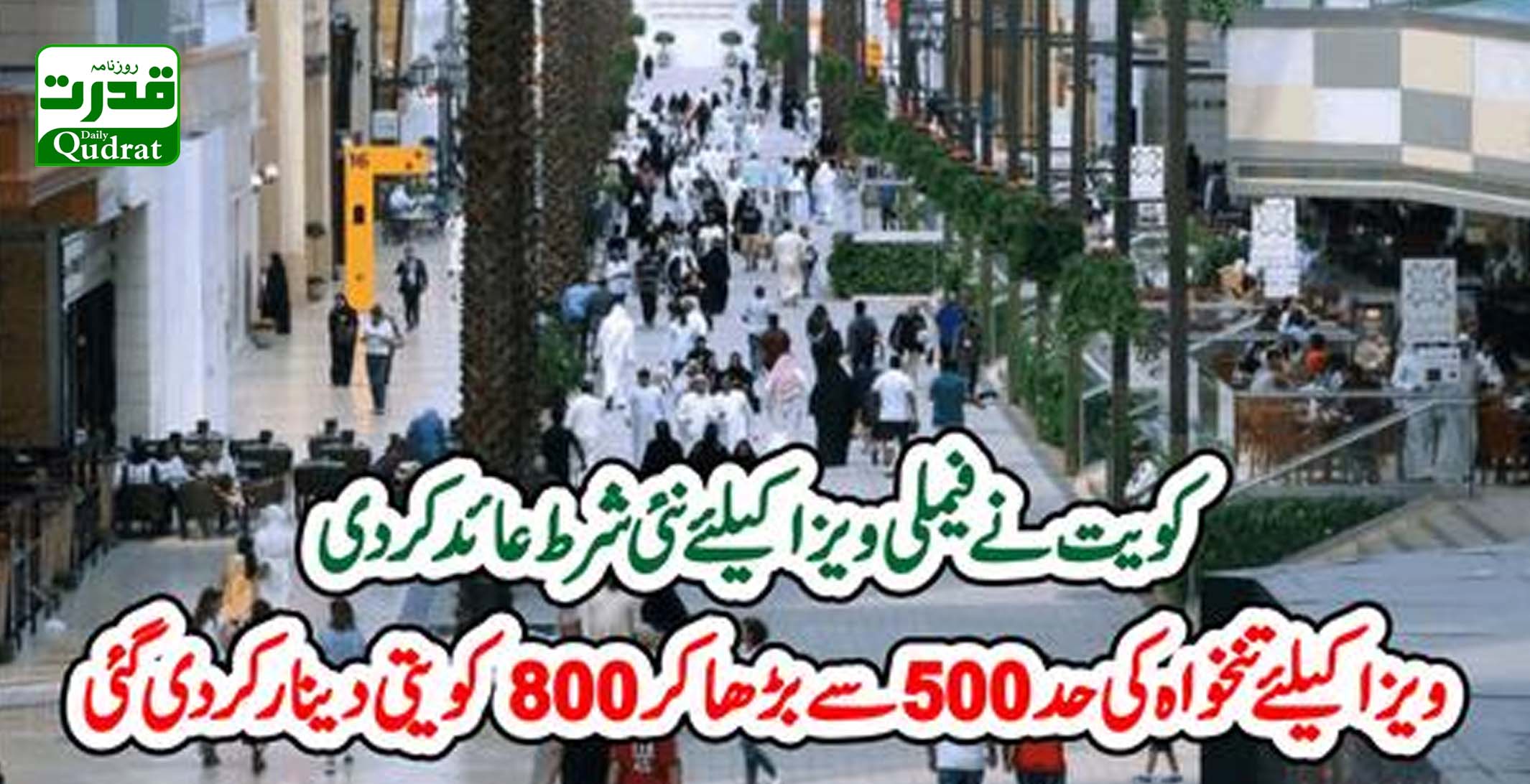 
It is stated that this decision will apply to all foreigners who must have an original work permit to obtain a private or public visa (sections 17 and 18), a dependent or family visa, and who receive a salary of 800 Kuwaiti dinars. or any evidence to be presented but documents or evidence from additional income will not be accepted.
It is reported that the new rule of the Ministry of Interior of Kuwait is to regulate the population structure of the Gulf countries, which will allow only those family members who have a high income and can provide a satisfactory standard of living for their family. Their wives will not have to look for jobs because the local market is already overpopulated by foreigners, the decision will apply to the wives and children of all those under 16 who have recently entered Kuwait under Article 22.

Recently, Kuwait’s Ministry of Interior has suspended issuance of family and visit visas to foreigners until further notice. Stop issuing visit visas, the decision only excludes doctors and European citizens and those who have already applied for visas online or who have already been issued. Visa to the country. While a new regulatory framework is being developed, the moratorium on new applicants will remain in place and now the Gulf nation of Kuwait has decided to once again issue family or dependent visas. However, the salary limit has been increased to 800 Kuwaiti dinars.

Chris Davidson dies, argument outside pub; Former pro surfer Chris Davidson has died after being punched outside a pub in Australia ThePipaNews