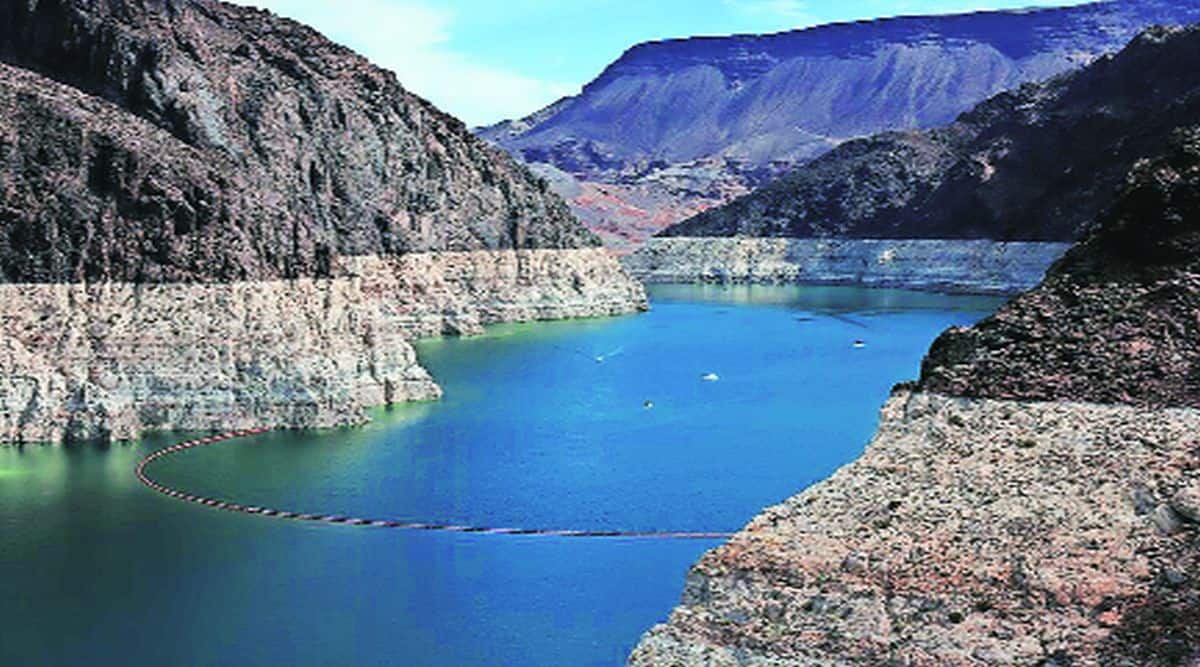 PUNE: The US’s main water supply system is bottoming out, severe droughts and heatwaves in much of Europe are signs of a major decline in agricultural production and the world will bear the consequences. Various reports indicate the possibility of global food grain prices rising and shortages in 2022-23, with 22 million people in Africa suffering from hunger.

According to the information announced by the ‘World Economic Forum’ and the US ‘National Aeronautics and Space Administration’ (NASA), the reservoir ‘Lake Mead’, which supplies water to about two and a half million people in the United States, has reached its bottom. This is the first time since 1937 that this has happened. Droughts are intensifying in the US due to low rainfall and heat waves. Drought conditions are most severe in the US states of California, Texas, Oregon, Nevada, Utah and New Mexico. According to the US Department of Agriculture, the drought will adversely affect US agriculture and livestock. Droughts and heat waves can reduce livestock production due to extensive loss of grass pastures. Food prices may increase regionally and nationally, which may negatively impact the food processing and agricultural services sectors.

A report published by the European Commission, titled Drought in Europe August 2022, states that many countries in Europe have been suffering from drought since the beginning of the year. These fires intensified in July and August. Europe’s rivers have dried up. The drinking water, agricultural water and hydropower sectors have been greatly affected. In addition to food grains, production of maize, soybeans and sunflowers will be affected. Many organizations including BBC, CNBC news channel say that this is the worst drought in 500 years. Many rivers have dried up, including major rivers such as the Rhine, Danube, Oder, Lori, Po and Val. Europe will face food shortages in the coming years.

China faces worst drought in 61 years. The Yangtze River is overflowing. Rice and corn crops along the river are in trouble. The Yangtze is Asia’s largest river, and hydroelectric projects on the river have been shut down. Sichuan, Hubei, Hunan, Jiangxi, Anhui, Chongqing provinces are experiencing drought. China is experiencing severe power shortages with lights off at night in other major cities, including Shanghai. Many multinational companies like Tesla, Toyota have stopped their projects due to lack of electricity.

Is Africa’s food security at risk?

If the demand for food grains from the rich countries of America, China and Europe increases, the balance in the global food market may be lost. If the production of wheat and rice in China decreases, it will have a big impact on the world market. The Russia-Ukraine war may increase food grain prices, which are rising in the global market. The worst impact of this price increase will be on the poor countries of Africa. “The Guardian” says 22 million people in Africa are on the brink of starvation due to drought.

Droughts and extreme heat waves are wreaking havoc across Europe and parts of the Americas. China is also suffering. Extreme cold and extreme heat in Europe. Hence the local and alternatively global environment is changing. The drought in Europe is more worrying. The agriculture sector is the first victim of every drought.

The great dams supplying America with water have collapsed. America has the worst deficit since 1937. Europe has experienced its worst drought in five hundred years. Europe’s major rivers have dried up. China faces worst drought and heat wave in 61 years.

What is wrong with giving pindada in Raigarh; Question of Hindutva organizations ThePipaNews

ThePipaNews Alibag: Pinddan is a part of Hindu culture. In Hinduism, it is customary to offer Tarpan to all patriarchs in the group....
Read more
National

Another form of Durga: Brahmacharini ThePipaNews

What is wrong with giving pindada in Raigarh; Question of Hindutva organizations ThePipaNews

ThePipaNews Alibag: Pinddan is a part of Hindu culture. In Hinduism, it is customary to offer Tarpan to all patriarchs in the group....
Read more

ThePipaNews A cross-party inquiry said the Greater London Authority should consider possible sanctions against a mayor or London councillors, while strengthening rules on "non-financial...
Read more

Another form of Durga: Brahmacharini ThePipaNews