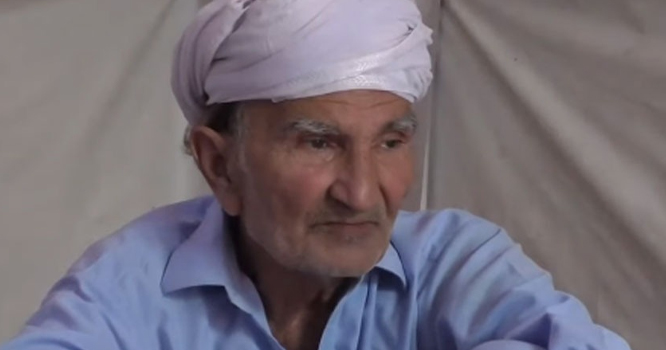 Late Khurshid Khan was an actor in Bollywood films in the past. His wife and his sister were also famous actresses in Indian films. Khurshid Khan is the brother-in-law of Indian actress Mumtaz who dominated Indian cinema in the 70s and the husband of famous actress Sanjana. After marriage, he lived here. Mumbai for some time with his wife Sanjana. Actress Sanjana also came to Pakistan and spent four months but Sanjana had to return to Mumbai due to her film commitments. Khurshid Khan said, My grandmother Sardar Begum, who was a film actress, and with Mumtaz. Mother, moved to India in 1977 and married in Mumbai in 1980. I have two children, Khurshid Khan visited India for the last time in 2011, but after Sanjana’s death, he was unable to meet his children. And I have no sense of the world, my sons and daughters and their children are still there. I don’t have enough wealth but I want to fly there.