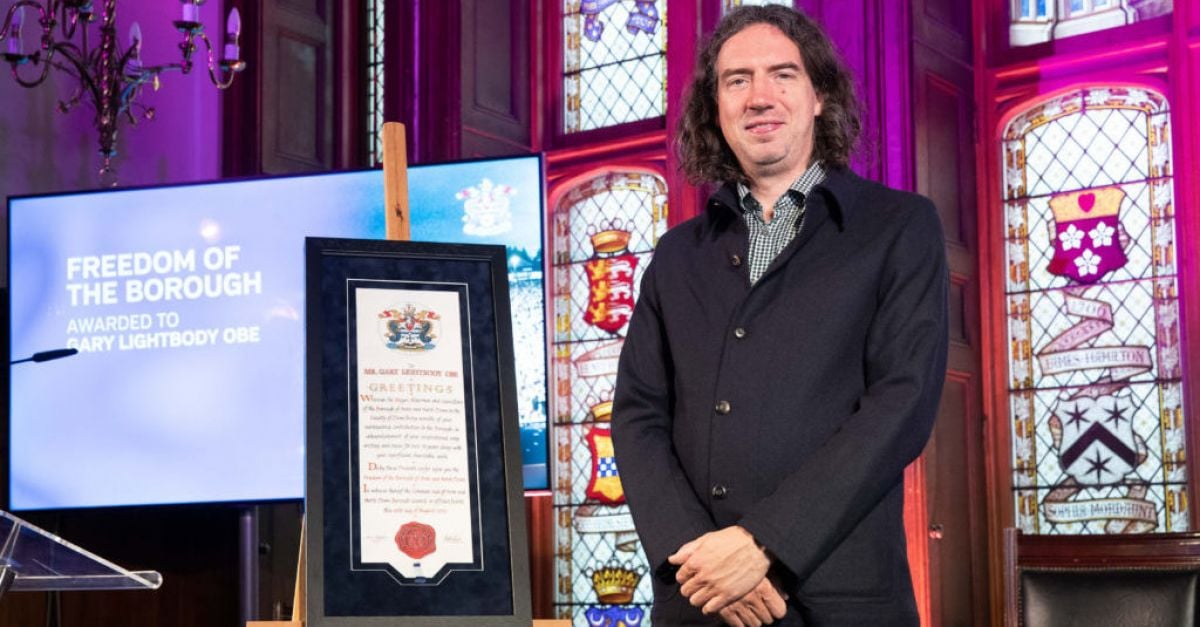 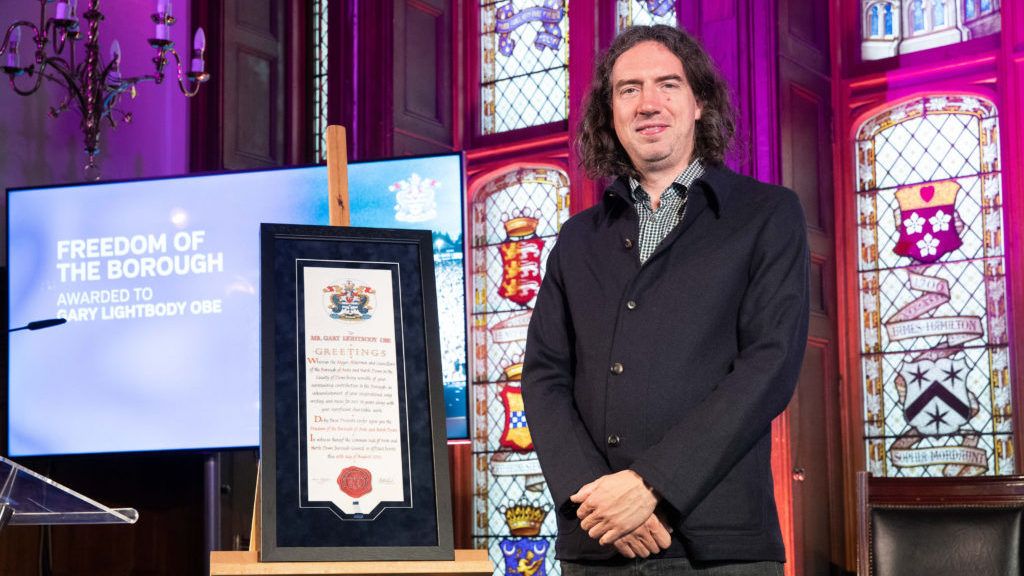 Snow Patrol frontman Gary Lightbody has been awarded the freedom of the borough of Ards and North Down in an official ceremony at Bangor Castle.

The award took place ahead of an acoustic concert by the band on Wednesday in the Co Down town, organized to celebrate the award.

Described as the City of Bangor’s most famous son, Lightbody was officially presented with the award after signing the Book of Burgesses with Mayor Karen Douglas and Council Chief Executive Stephen Reid.

Douglas said: “The decision to gift the Freedom of the Borough to Gary Lightbody was made in October 2019 but the pandemic and Gary’s busy touring schedule prevented us from presenting it until now.

“2019 was the year of Ward Park 3 headlined by Snow Patrol and the concert really put Bangor on the international map.

“That one event illustrated Gary’s love of home, his outstanding musical talent and his commitment to championing new artists.

“He is a fantastic role model in the music industry and an ambassador for Northern Ireland so it is very fitting that he receives the highest award that Ards and North Down Borough Council can bestow.”

Freedom of the borough is an ancient privilege dating back to the 17th century.

Lightbody was instrumental in establishing the Oh Yeah Music Center in 2007, a charity and social enterprise in Belfast, formed as a resource for music creators and to support the music industry in Northern Ireland.

He was the first recipient of the award for Outstanding Contribution to Music at the Northern Ireland Music Prize 2018 and has since spoken of his appreciation for the ability to give back to the local music scene.

The launch of the Lightbody Foundation in 2019, in partnership with the Community Foundation for Northern Ireland, has provided funding and helped support a wide range of voluntary and local groups.

He has been open about his struggles with mental health and depression.