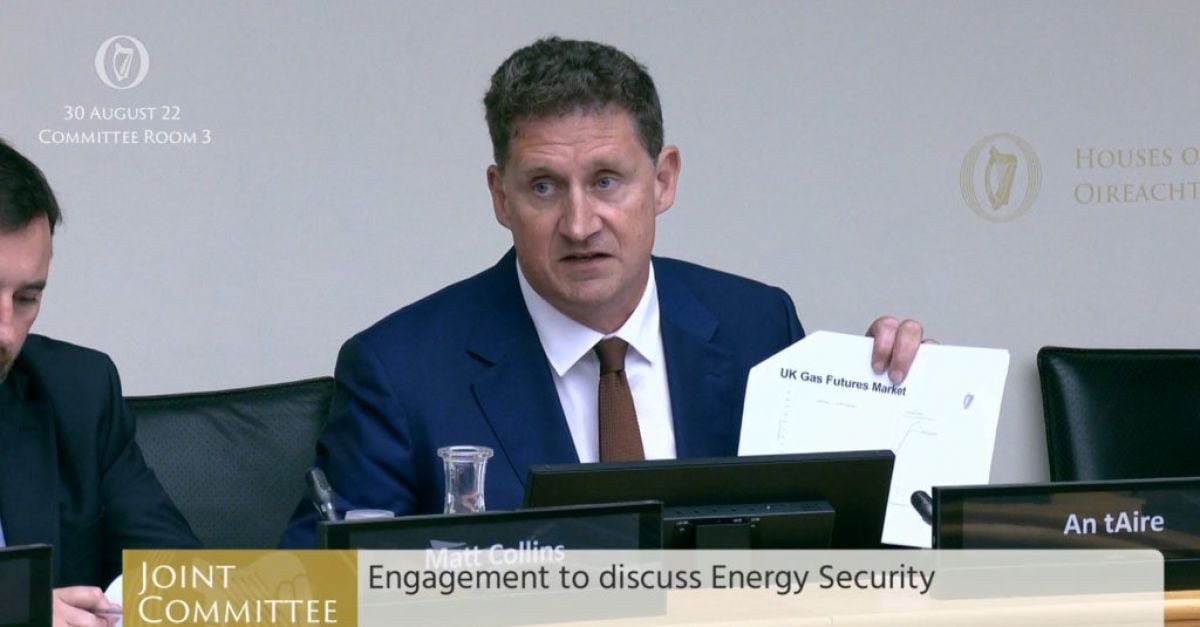 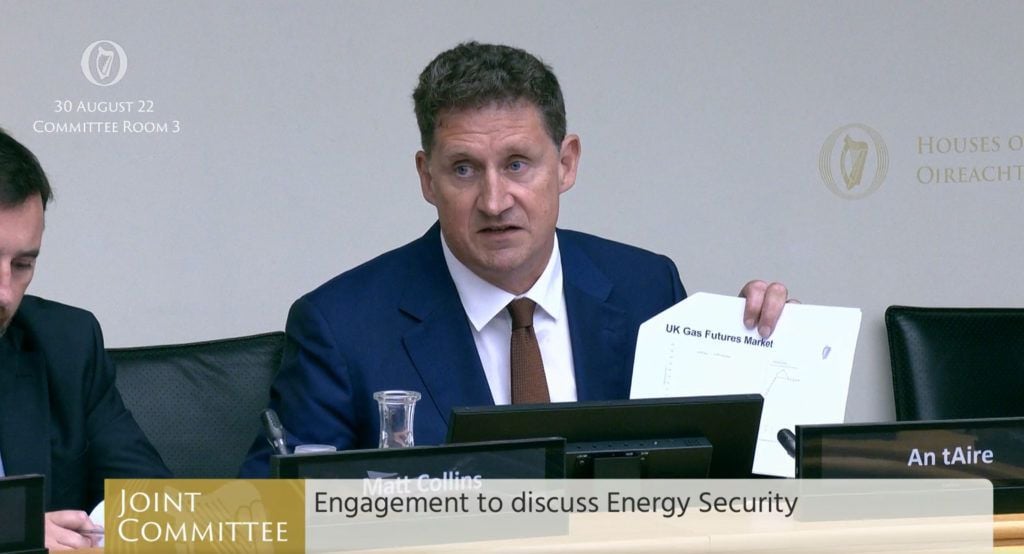 There is a similar risk of blackouts in Ireland this year as there was last year, an Oireachtas committee has heard, adding that pressure on energy supplies across Europe, along with low winds, would be its biggest threat.

Committee members were also told that the “unprecedented” rise in electricity and gas prices is far more of a problem for Irish householders than reforming the European electricity market.

Representatives of Eirgrid, the state-owned body responsible for managing Ireland’s power system, said the risk to Ireland’s energy supply this winter is similar to last year, but admitted there was an “increased risk” due to the rest of Europe’s energy supply being ” tight”.

“It’s slightly worse than last year but similar, yes,” Eirgrid chief operating officer Rodney Doyle replied when asked about the gap between supply and demand for electricity in Ireland.

“Last winter we had a similar situation and we had no power loss at all,” he added when asked about being short 280 megawatts at the start of winter.

Environment Secretary Eamon Ryan told the committee that the discussions on how to reform Europe’s electricity market to one that “really works and brings us back into balance” came from an “absolutely unprecedented rise in gas prices as a result of the war – and that is a direct result of the war”.

He said discussions are ongoing in Europe about how to solve the problem of gas prices setting the price in the electricity market.

“How do we avoid the 14-fold increase in gas prices leading to a 14-fold or similar increase in electricity prices?” he asked, adding that a meeting of EU energy ministers next week would review that issue.

“This energy price crisis because of the war overshadows everything. It’s absolutely dominant,” he added.

Ryan said a windfall tax was one of a number of measures the government would consider.

He added: “I think what we need is for everyone in this country now to really focus on energy efficiency in everything we do.

“Our ‘Reduce Your Use’ campaign will increase … it’s the best protection against high prices.”

The chair of the Commission for the Regulation of Utilities Aoife MacEvilly told the committee that “all prices are going up for all customers at a level we have not seen before and that is of great concern to all of us.”

Mark Foley, chief executive of Eirgrid, said the two things that could cause a power shortage in Ireland this winter would be a lack of wind in Ireland, meaning they will need to buy supplies from the UK to make up the shortfall.

“Our biggest risk will appear at times of very low to zero wind and low imports from the UK,” Foley said.

Contingency plans agreed “in forensic detail with the ESB and with large industrial units” are robust, he added.

“Neither I nor anyone else here before you today can offer a cast iron guarantee for this winter.

“No one can. I can say that we are very well prepared.

“And I can tell that when the wind blows, we won’t have any problems.

“The risk of end customers being affected increases this winter because all jurisdictions in Europe are tight, interconnections are stressed and there will be times when there will not just be a stressed Irish system, it will be a stressed European system,” he added to.

Foley also told the committee that Eirgrid’s electricity demand forecast was “not an issue”, that its forecast of what demand would be has been within “1-2%” of actual demand and that overall demand growth over the past five years has been 9%.

“This is not excessive for a vibrant Western economy,” he added.

“As a country, we should be able to meet this demand without emergency intervention.”

Asked if there was a problem with the government being alerted to possible energy supply problems, Mr Ryan said: “I think all three of these organizations serve the public interest.

Eirgrid also told the committee it foresees data centers and new technology to represent around 28% of demand in 2031 compared to 17% last year.