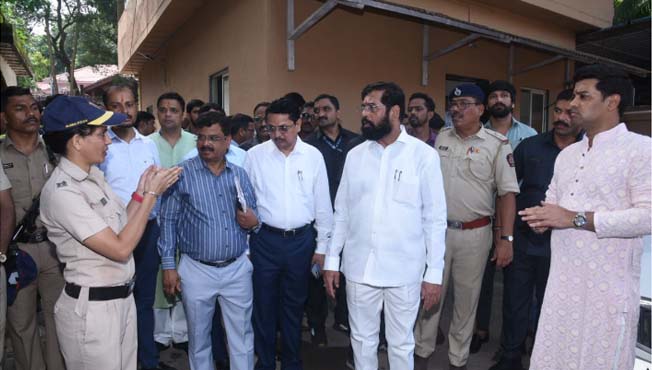 
Mumbai, Leading News Service: Chief Minister Eknath Shinde’s announcement in the Assembly to give owner-occupied houses to the police for just Rs 15 lakh under the redevelopment of BDD Chali was immediately implemented. The housing department announced the government’s decision in this regard just five days after the announcement of the chief minister.

500 sq. The government has decided to distribute redeveloped plots of fit area on the basis of ownership. Since serving, retired and legal heirs of deceased police personnel were living in BDD run-ups, Chief Minister Shinde’s role was to insist on providing affordable housing to them.

In the recently held monsoon session of the Assembly Mr. Chief Minister Shinde announced the prices of these houses while making a statement on the proposal in the final week on August 25. It was announced that the construction cost of the reconstructed plot would be taken from the police or their heirs and the house would be given for just Rs 15 lakh. The housing department announced the government decision in this regard just five days after the Chief Minister’s announcement.

Worli, Naigaon and Nom Mi Government Decision further states that the loss incurred by MHADA on account of above construction cost for redeveloped flats to be given permanently in lieu of Police Service Residence at Joshi Marg will be divided from Government’s share after reconstruction i.e. 70 : 30 of Government and MHADA. Percentage profit.