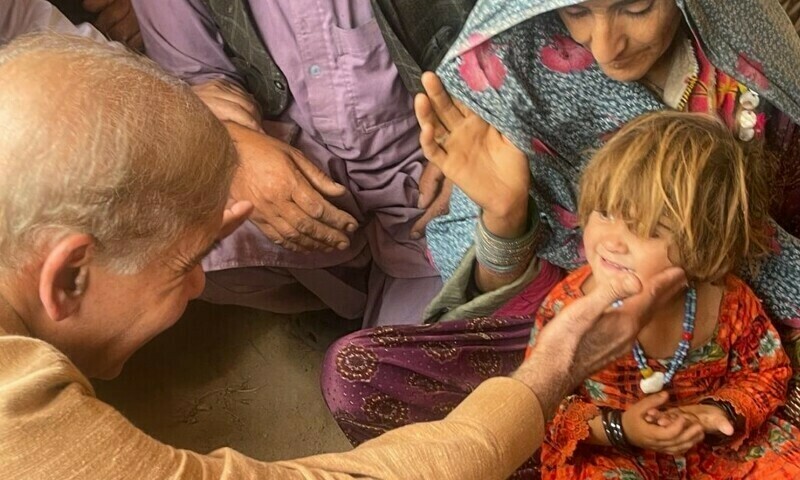 On reaching KP, the Prime Minister will review the relief activities and meet the flood victims.

On the other hand, PML-N leader Maryam Nawaz Sharif will also visit the flood affected areas of Rajanpur and South Punjab today. Maryam Nawaz will also meet the victims during the relief visit.

It may be noted that earlier Army Chief General Qamar Javed Bajwa visited the flood-hit areas of Swat on Tuesday, August 30, where he met people rescued by army helicopters from Kamrat and Kalam. On this occasion, children, women and old people thanked the army chief for their safe evacuation.

According to the Pakistan Army Public Relations (ISPR), the army chief conducted an aerial survey of the flood situation in Kalam, Bahrain, Khaja Khila and Matta. He also conducted aerial surveillance over the army. General Qamar Javed Bajwa praised the work of the Corps Commander Peshawar in the rescue operation.

Talking to reporters at the Kanju Cantt helipad, the army chief said that a proper assessment of the damage caused by the severe floods is yet to be done. The district administration, provincial government and army will jointly survey to assess the damage. He said similar disaster happened here in 2010 also, negligence was shown by allowing reconstruction at the same place, legal action should be taken against those responsible.

The army chief said, there has been a lot of damage in Kalam, many hotels and bridges have been destroyed, the most important thing at this time is to open the Kalam road, we hope the road will be opened in six-seven days. People trapped in Kalam are being evacuated, there is no crisis situation now.