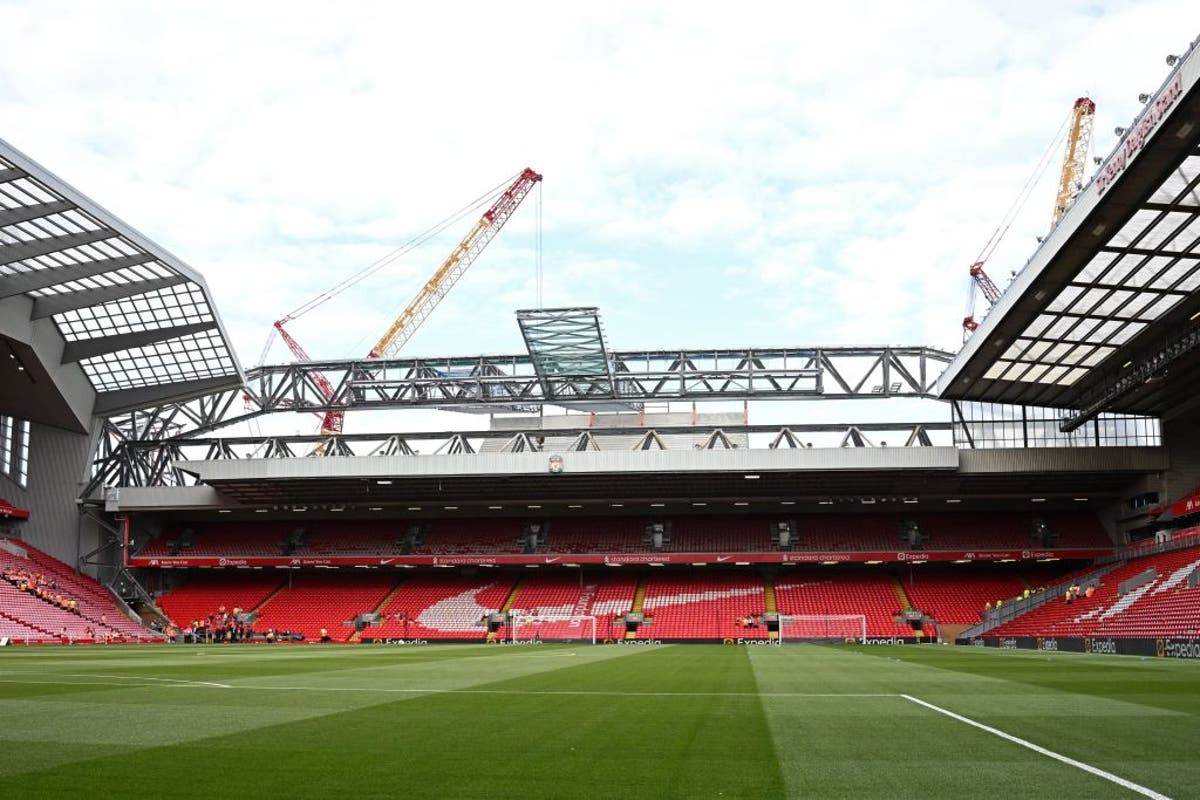 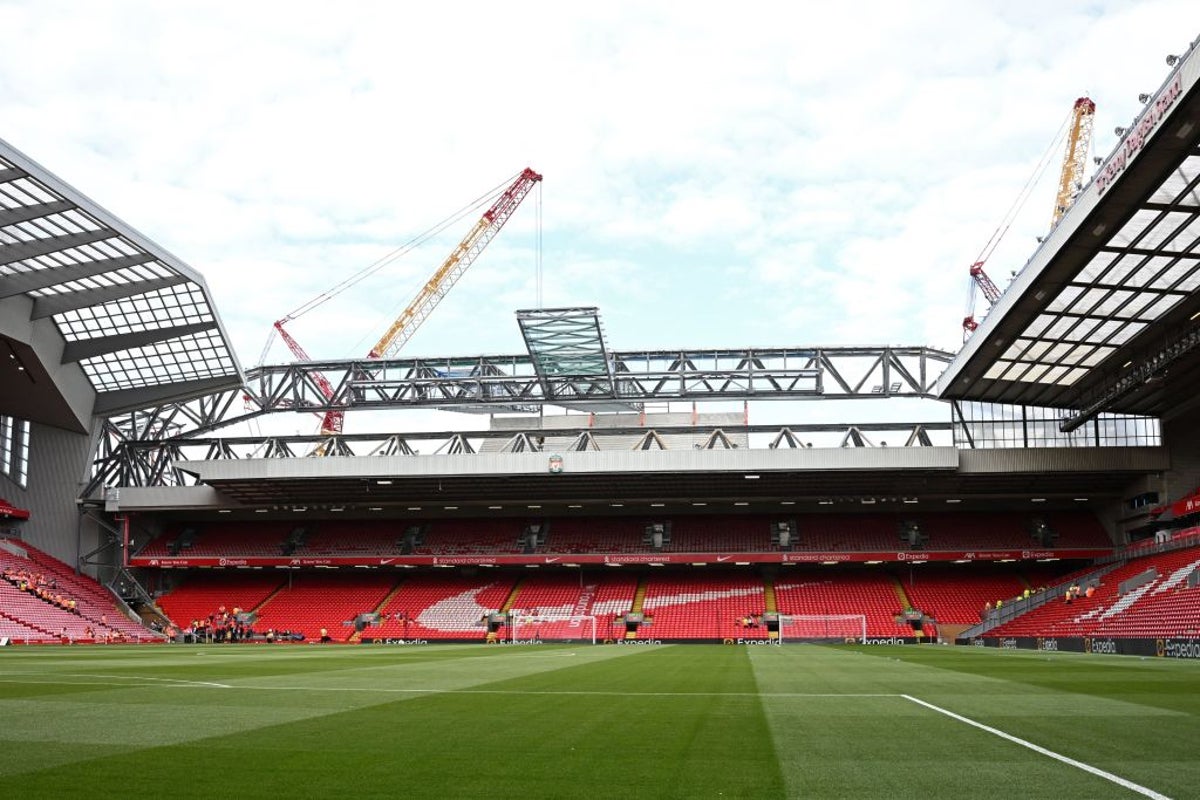 Liverpool will be keen to build on their 9-0 demolition of Bournemouth when they welcome Newcastle United in the Premier League this evening. Jurgen Klopp’s men romped home against the Cherries on Saturday with Luis Diaz, Roberto Firmino, Trent Alexander-Arnold, Harvey Elliott and Fabio Calvalho all on the scoresheet.

The manner of Liverpool’s victory silenced some criticism from the start of the season after the Reds drew with Fulham and Crystal Palace before losing to Manchester United. Mo Salah had an uncharacteristically quiet game and missed a couple of good chances, so will be hungry for goals against Eddie Howe’s side tonight.

Newcastle go into the game ahead of Liverpool in the Premier League table after Allan Saint-Maximin’s late equalizer rescued a point at Wolves to maintain their unbeaten start. They have taken six points from their first four games – one win, three draws – and have strengthened the squad with new arrivals. Chief among them is Magpies record signing Alexander Isak who could make his debut for the club tonight.

Follow all the action from Anfield as Liverpool take on Newcastle United:

The clubs have both been relatively active in the transfer market, although it’s probably fair to say that many onlookers might have expected another deal or two from both – at least on the incoming side.

Darwin Nunez was Liverpool’s big signing of the summer but he sits out the third of a three-match ban tonight after an up-and-down start to life at Anfield. Calvin Ramsey has been injured all season so far. Fabio Carvalho is the other addition and the youngster has impressed from the bench, scoring against Bournemouth at the weekend.

Newcastle brought in a new first-choice goalkeeper in Nick Pope, who has been excellent so far, with Matt Targett’s loan from Aston Villa permanent. Sven Botman also joined in the defense and now the aforementioned Isak is their big addition of the window for a club record fee.

The season so far for both these clubs:

Liverpool didn’t have the best start, drawing with both Fulham and Crystal Palace before suffering defeat at Manchester United. However, they bounced back in style, thrashing Bournemouth 9-0 at the weekend to equal the Premier League’s record margin of victory – and lead to Scott Parker’s sacking from the Cherries.

They are in 12th place, with five points from four games.

Newcastle are two places and a point ahead of the Reds, having won on the opening day of the season against Nottingham Forest. Since then, there have been three draws for the Magpies, against Brighton, Man City and most recently Wolves.

The Times’ Martin Hardy reported just a couple of hours ago that new Newcastle United signing Alexander Isak has received his visa from the Home Office – meaning he is clear for tonight’s game.

The deadline was 75 minutes before kick-off, Eddie Howe recently confirmed, so the Swedish forward will be involved at Anfield.

‘We will try everything’: Jurgen Klopp on Liverpool’s hunt for a midfielder

Jurgen Klopp would prefer Liverpool to “take a bit more risk” in the transfer market, but he ultimately accepts their situation as the search for a midfielder goes by the wayside.

Liverpool’s outlays on Darwin Nunez, Fabio Carvalho and Calvin Ramsay this summer could end up costing them just north of £100m but they will recoup around three-quarters of that in spending.

As Klopp looks to bolster his squad in the middle of the park before the transfer window closes on Thursday night, the Reds manager recognizes the decision is out of his hands.

More from the boss on the Reds’ late search for recruits:

‘We will try everything’: Jurgen Klopp on Liverpool’s hunt for a midfielder

The Reds have brought in Darwin Nunez, Fabio Carvalho and Calvin Ramsay this summer

Newcastle United striker Callum Wilson has expressed his frustration at the hamstring injury that has halted his strong start to the new Premier League campaign.

Wilson limped off midway through the team’s 3-3 draw with Manchester City earlier this month and is expected to remain on the sidelines for at least another two weeks.

The 30-year-old told BBC Radio 5 Live’s The Footballer’s Football Podcast: “I’ve had a bit of a setback – disappointing because I felt I’d found my form and rhythm.”

Wilson scored in his side’s first win of the season over Nottingham Forest and again against City before being substituted after 70 minutes.

Chris Wood made the line-up against Wolves at the weekend, while Alexander Isak has since been added to the squad after signing from Real Sociedad.

He added: “It’s frustrating because you do everything right – the ultimate professional.

“There are probably not many people in the dressing room who are more professional than myself – how I eat, how I sleep, how I recover.

“That’s the most frustrating thing – you put your heart and soul into making sure you stay there. A little setback – that’s good – but I’ve had to put it into perspective.”

How to watch Liverpool vs Newcastle online and on TV today

Liverpool host Newcastle in the Premier League tonight as Jurgen Klopp’s side look to build on their 9-0 demolition of Bournemouth.

The result was Liverpool’s first win of the Premier League season and was the boost the Reds needed following their defeat by Manchester United at Old Trafford.

Klopp’s side remain short on numbers due to injury and suspension and face a tough challenge against Eddie Howe’s Newcastle in their opening three-match week of the season.

Newcastle salvaged a draw against Wolves on Sunday thanks to Allan Saint-Maximin’s stunning late equaliser, extending their unbeaten start to the season.

How to watch Liverpool vs Newcastle online and on TV today

Liverpool vs Newcastle live stream: How to watch the Premier League match online and on TV today

Hello and welcome to The Independent’s coverage of Liverpool vs Newcastle from Anfield. The Reds come into the match full of confidence after their impressive display against Bouremouth which saw Luis Diaz, Roberto Firmino, Trent Alexander-Arnold, Harvey Elliott and Fabio Calvalho all contribute goals in a 9-0 victory.

It was Liverpool’s first win of the season after draws against Fulham and Crystal Palace and a defeat against Manchester United. Jurgen Klopp will be hoping for more of the same tonight but Newcastle will prove a very tough test.

Eddie Howe’s men are unbeaten this campaign although they have only picked up one win – against Nottingham Forest. Still, impressive draws against Brighton and Manchester City before Allan Saint-Maximin’s last-minute equalizer against Wolves sees the Magpies start the night ahead of Liverpool in the table and they would very much like to stay there.

New record signing Alexander Isak could make his debut for the club and they will be hoping he hits the ground running in front of goal.

What shows are coming out on Netflix next year? ThePipaNews

Vlogger Says Rape Victims Are ‘Should Be Lesbian Feminists’ ThePipaNews