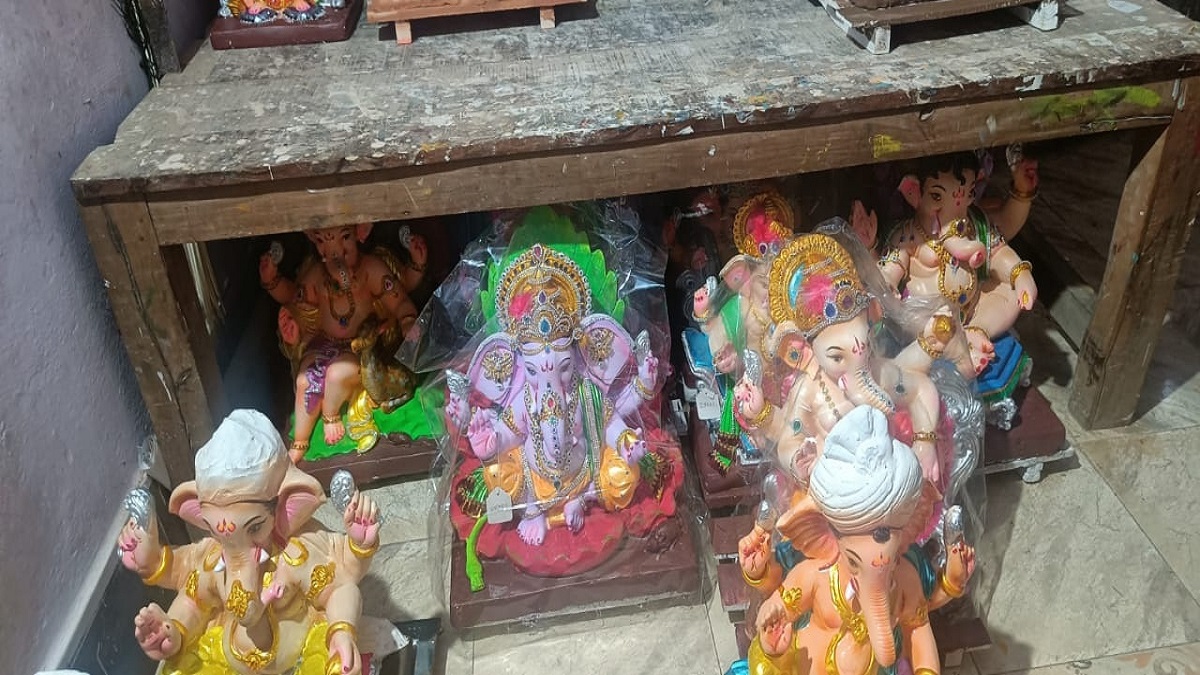 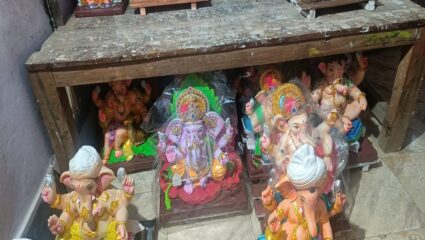 lady, 11 Ganesha idols of POP were seized from a Ganesha idol seller in Bhadravati. The above measures were taken jointly by the municipal and police administrations in Kumhar area of ​​the city. The idol seller is Manoj Barsare, a resident of Kumhar Mohalla.

A complaint was received at the municipal office that Plaster of Paris Ganesha idols were being sold in Kumhar area of ​​the city. Based on the complaint, a joint team of municipal and police administration visited the spot. 11 idols of POP found in Manoj Barsar’s house. As POP idols are banned in the market, 11 Ganesha idols have been recovered and sealed by the team. And show cause notices have been issued to the sellers.

POP idols are more prone to water pollution as they do not dissolve completely in water. Hence the ban has been issued as per Central Regulatory Board guidelines dated 2nd May 2020. City president Anil Dhanorkar has appealed that idol sellers in the city should not sell POP idols and customers should not buy these idols, otherwise legal action will be taken. Deputy Inspector of Police Amal Tuljewar, Deputy Chief Officer Jagdish Gaikwad, Nilesh Rasekar, Bhujong Pote, Nikhil Ashtunkar and others participated in this action.