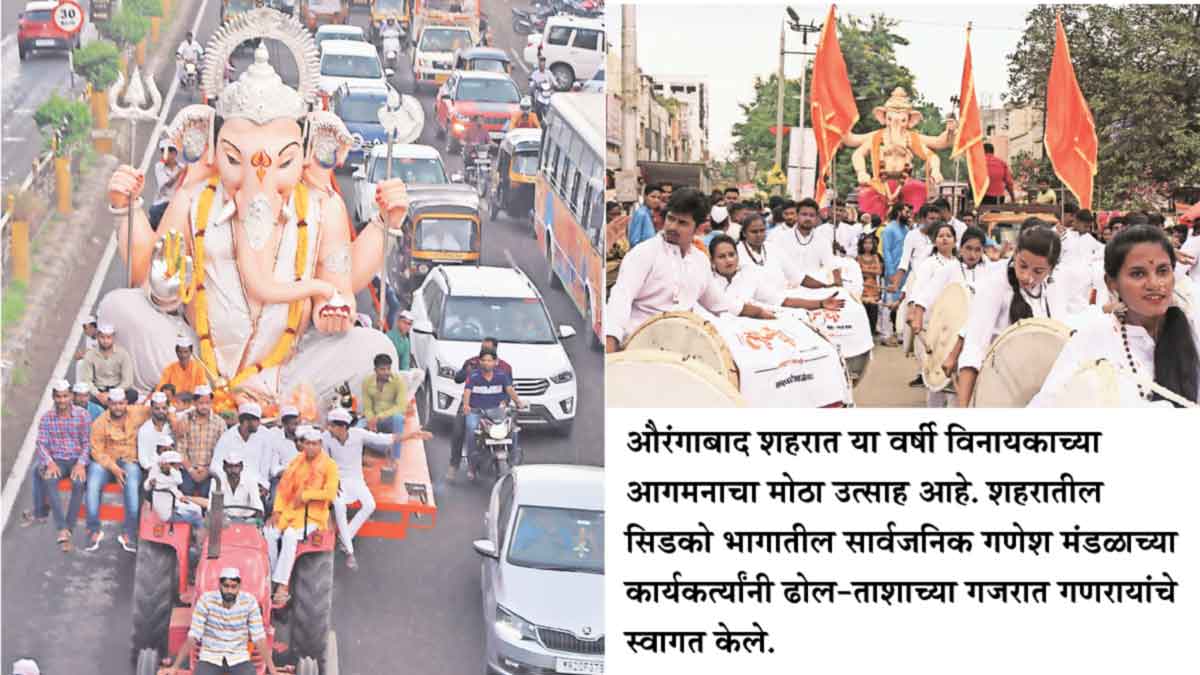 Aurangabad : Varunaraja was present at Bappa’s arrival on the occasion of Ganesh Chaturthi, which is celebrated without restrictions after the end of the coronavirus, and the death alarm sounded. The young and the old are all excited about the arrival of Ganapati Bappa. Aarti of Ganesha is performed at Sansthan Ganapati in the city. In the morning session, a home-made Ganesha idol is installed, followed by the installation of Vighna Vinayak by the all-round Ganesha Mandal workers to the beat of the dholtasha.

Before the Ganesha idol was installed, the streets of the city were literally thronged with people buying idols and ornaments. There was no standing room in the Gajanan Maharaj Temple area. This year also the price of Ganesha idol has increased significantly. The prices of attractive idols range from 500 to 1000 rupees. In the afternoon, the flower business and the selling of sweets started gathering. The number of sellers of manufactured drugs was also significant. Vendors said large quantities of khaba have entered the city from Sarmakundi in Irmala in Bhum taluk. There were also many shops selling plastic flower garlands, different types of Ganesha garlands, velvet seats, sandalwood, flower leaves. There was a crowd of shoppers in front of the shop. Rain came in the afternoon. After a while the Sravana Barshan added new color to this excitement. Aurangabad district is in dire need of rain since last few days, so farmers are also looking for the return of rain. In Nasik, Nagar District, the dams were full due to rains, but the crops needed the necessary water flow. With the arrival of Ganesha, there was rain. Akash was also needed for his reception. So there was an atmosphere of joy among the farmers of Aurangabad district.

Arthashirsha, Ganapati Stotra, Ganesha songs were playing on the loudspeaker. An application has been made by the Collector to ensure that the sound of the loudspeakers does not increase. Meanwhile, the police had to work hard on Wednesday to ensure smooth traffic in view of the traffic congestion on the city’s roads. Many arrangements have been made to maintain peace.