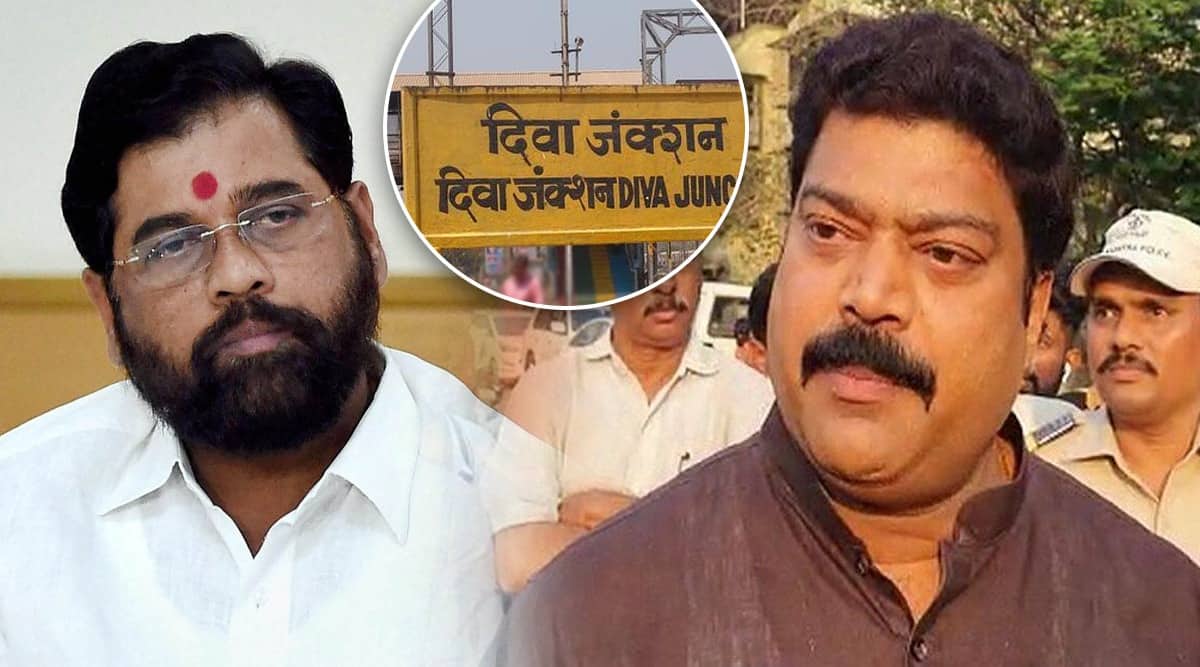 Dombivly: After becoming Chief Minister, Eknath Shinde made many announcements and development funds for the development of Thane city area. While these announcements are being made, there is a strong demand from the citizens of the area that Chief Minister Eknath Shinde should pay attention to the developed Diwa village and its surroundings, who are always anxious and thirsty for development work. At least the blanket of political controversy should not be soaked in the area during development work in Kalyan Gramin Vidhan Sabha boundaries. Residents of the area are of the opinion that this area should be developed with foresight.

MNS of Kalyan Palli. Pramod Patil also tweeted and criticized the role of Chief Minister Eknath Shinde who gave development package to Thane. Also, the MMRDA has been criticized for taking up road works in 10 village boundaries of wealthy developers.

A young man died after a tanker ran over his body in a ditch at Agasan village near Diwa village on Sunday night. Because of this, the citizens of the area are angry. The villages of Diva, Agasan, Sheel area are a new developing part of Kalyan Dombivli Municipality and Thane Municipal limits. New skyscraper housing complexes have come up in this area. Citizens prefer houses in housing complexes in Navi Mumbai, Thane, Panvel, Mumbai areas for quick commute by car. If the municipality and the government collect billions of rupees from these housing complexes, why are the municipalities and the government doing injustice to the residents of the area?

Government, Thane Municipality, Kalyan Dombivli Municipality should improve the roads in Diba, Gharivali, Agasan, Shil, Bhopar, Sandap, Usarghar area to reduce traffic congestion on Kalyan Shilphata road. New housing complexes have increased the population in the area. The number of vehicles has increased. Ordinary, middle-class families preferred houses in Diwa area. The number of illegal buildings and constructions in this area is high. Many residents of Chali, Basti areas of Mumbai, Navi Mumbai have opted to buy houses under illegal construction in Diwa area as a low-cost home. In addition to the working class, the population has increased in Diwa, Agasan areas. Citizens said that these loads are coming to Diwa railway station, Kalyan-Shilphata road.

With the growing population, water, roads, street lighting works should be done on a priority basis in this area. Stop illegal construction in this area otherwise it will affect the civic amenities of residents living in government settlements. Therefore, the Thane Municipality should take initiative to stop these activities on the demand of the citizens. There are no ticket counters in Diba East Railway Station area. There is water problem at the station. National, long-distance trains to Konkan depart from this station. There are not enough facilities here for their convenience. So even though it is a Diva intersection, there are many problems at this station. Let the citizens demand that way.

Eat Dr. Shrikant Shinde tried to solve the water problem in Diva railway station, Diva village area. Residents said that this facility is limited only to Diva village. The problems of the villages in the area, roads, water, street lights are still there in this area. Eknath Shinde, the guardian minister of the area as Chief Minister is now in the top position and his son Kha. As Shinde leads the area, the citizens demand that development work should be done in the daytime to bring light to the area which is always in darkness and bring relief to this area. Citizens expressed their opinion that only if the MNS MLA willfully ignores it as part of it, it will hurt the people of Diwa area.

Asa Pramod Patil has also already taken a stand that instead of papers, do real work and then make a poster about it and we will give you (Shiv Sena) credit. Death in Agasan village pit. Patil targeted the Chief Minister and MPs by avoiding names.