Abdul Khan is set to become Bolton’s biggest boxing star, but says he will never forget his home town.

The 20-year-old recently had his first Bolton fight at the UniBol stadium and hailed it as the best feeling and experience unlike any other.

His unfortunate opponent, Stephen Jackson, had never been stopped prior to the bout where he was stopped at 1’16 in the third round TKO, taking Abdul up to six wins from six fights with zero losses in his professional boxing career.

And the crowd knew they were watching the cousin of Amir Khan on his way to success as they roared after the young boxer felt unstoppable in his hometown. 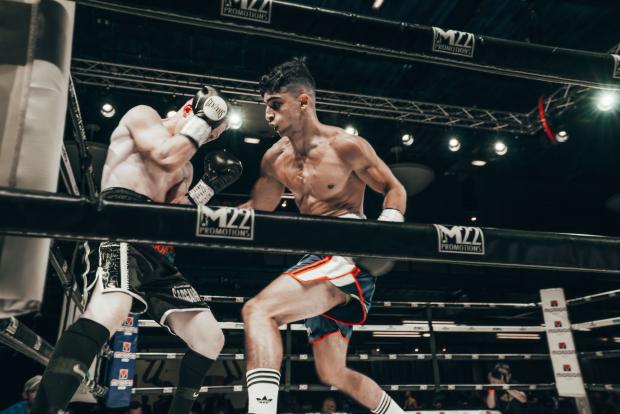 He said: “The experience of fighting in Bolton was unlike anything I have experienced before.

“Even before the fight I felt more relaxed than ever, so I guess it’s true that fighting in your own hometown gives that little extra edge, like the 12th man in football.

“Now when I walked out in front of the crowd and heard people cheering my name and clapping, I knew I was home.

“The love shown was really huge and very touching, in fact it really sunk in just a few days later.” 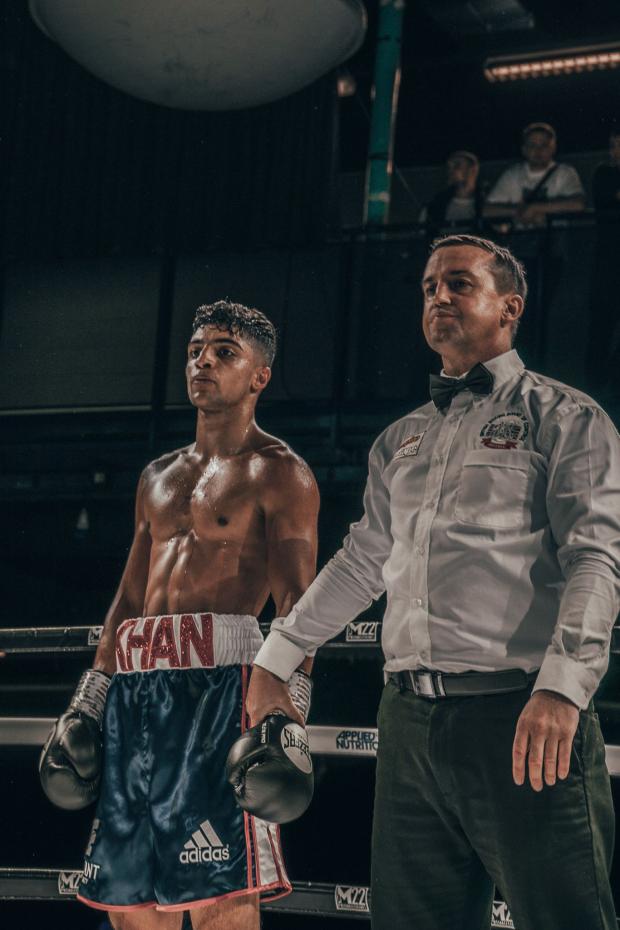 Abdul’s sportsmanship on the night also won him plaudits as he checked on Stephen, sharing a laugh and a joke with his battered rival before picking him up in the ring to cheers from the crowd.

He said: “What was said between my opponents stays between us, but nothing but love is shown to all my opponents past, present and future because I understand exactly what it takes to get into that ring and for that I have nothing other than respect for.”

Since then, Abdul has shown an interest in fighting in Bolton again if the opportunity arises.

Ever humble, Abdul never forgets to thank the audience and the incredible team around him for supporting his career.

He said: “I would like to thank everyone who has supported me in my journey so far, my manager Amir Khan, my team Matt Bolton and The Alchemy training for being there from the start and finally my family, my strength and my rock. – my mom.”

“Before, during and after the fight, the overwhelming sense of excitement and adrenaline fueled most of the night.”