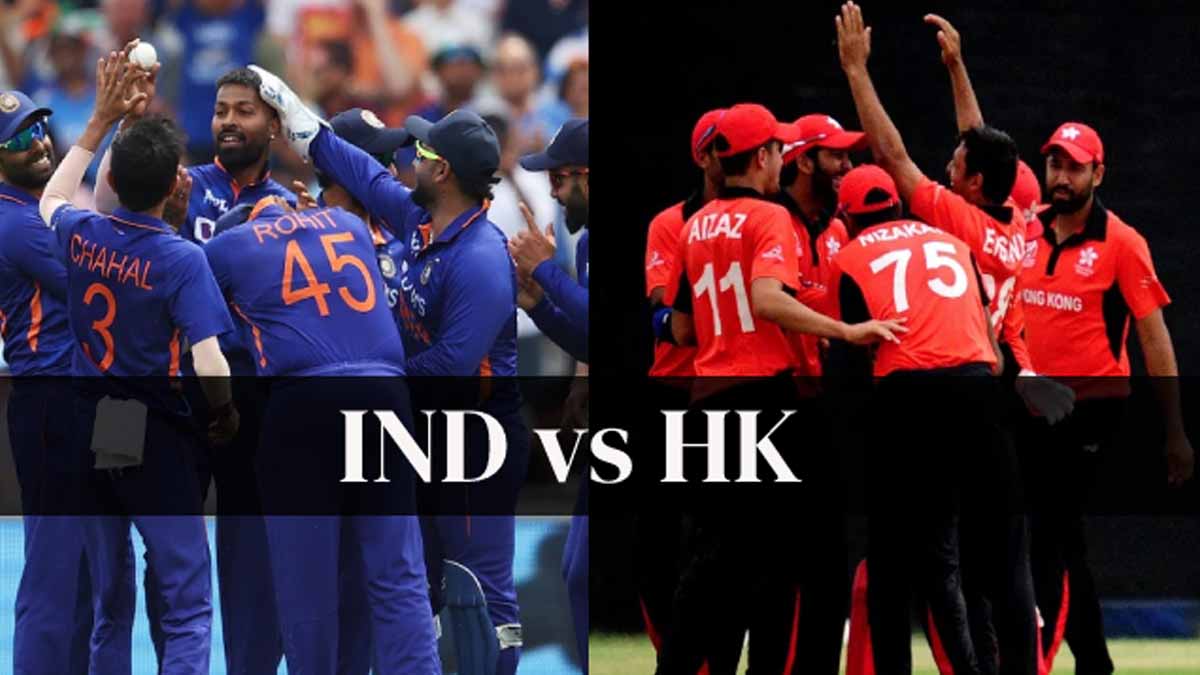 Coming in the ninth over, Ejaz Khan gave away 9 runs, including a six by Rahul.


Sixth over is over

Ehsan Khan gave 5 runs in the sixth over. With this, India won the Powerplay game.


22 runs from the third over

Aaron brought in in the third over proved too costly. He gave a total of 22 runs in this over. Rohit Sharma hit a great six on the first ball of the over. He then took two no balls, in return for which KL Rahul hit a six off a free hit. With that, Rahat hit a four off the last ball.

New Delhi. India and Hong Kong (IND vs HK) are going to meet today i.e. 31st August in Asia Cup 2022. In this tournament, India will play their second match and the Hong Kong team will play their first match. Most players from India and Pakistan play for Hong Kong. If India wins this match, Team India can make it to the Super Four.

Notably, Team India played a match against Pakistan on Sunday. Where India beat Pakistan by 5 wickets. Hardik Pandya performed brilliantly in this match. Played the match winning game for India. Pandya took three wickets along with an unbeaten 33 runs in the match. In such a situation, today the Indian team will have their eyes on the next round i.e. Super Four after defeating Hong Kong. So let’s find out when, where and how you can watch today’s match live.