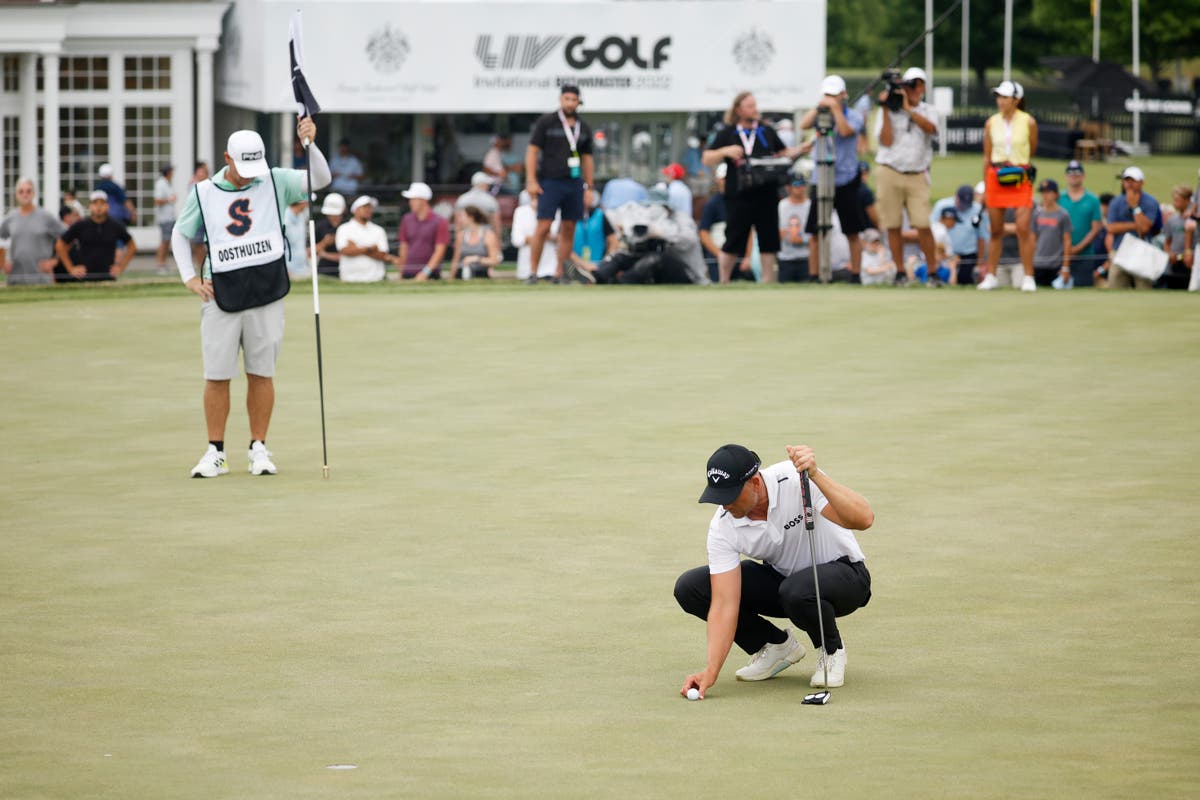 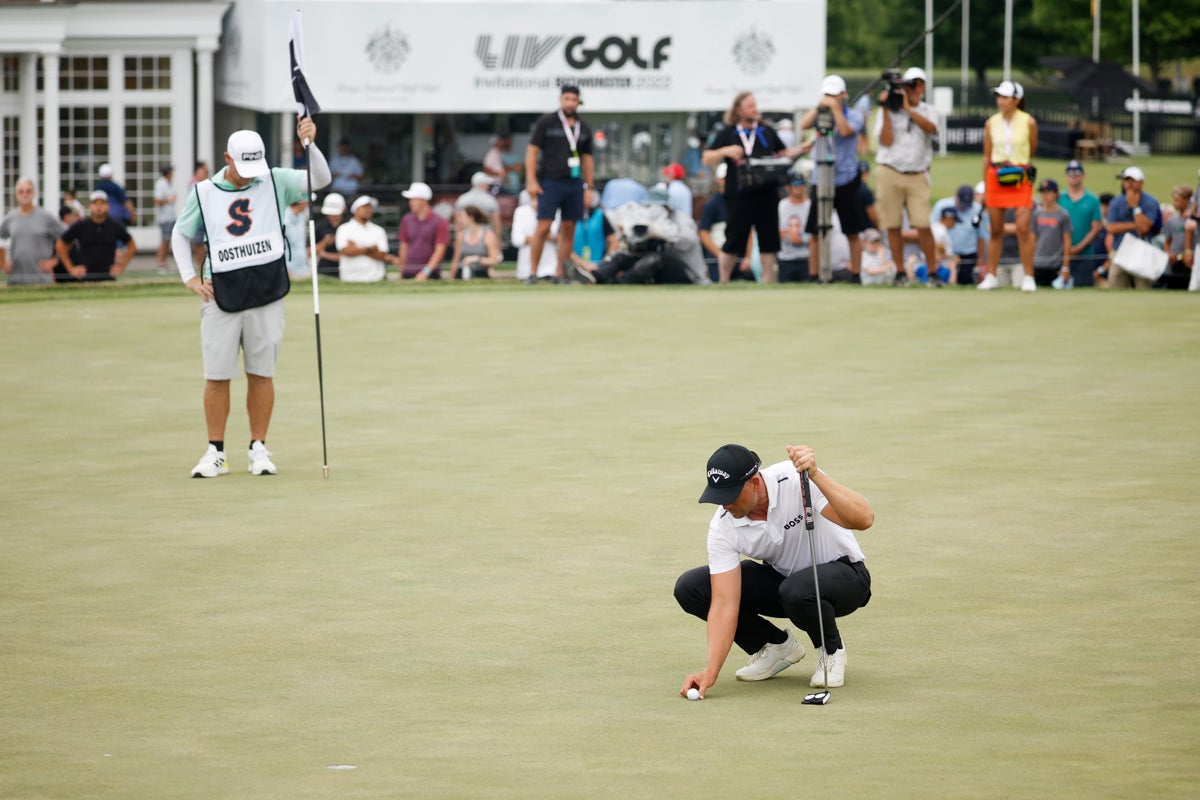 A group of wedding guests camping on their friends’ property in Massachusetts were woken by police after they were mistaken for trespassers protesting this week’s controversial LIV golf tournament.

The guests left the area after they were contacted by police who arrived at 8am at the family-owned property near The International golf course. Authorities were alerted by the golf club’s security team, ABC affiliate WCVB reported.

According to the newlyweds, Joanna Benoit and Taylor Jacobson, the tents were in the woods on their family property, while the golf course is on the other side of the trees.

“We spent the week before clearing brush and debris and getting it prepped and ready,” Benoit said.

The Saudi-backed golf tournament that started on June 9 in Hertfordshire, England, will see a series of matches in the United States in its first season starting on September 2, with Donald Trump-owned Trump National Doral in Miami hosting the final team championship from 27 until October 30.

While the newlyweds understand that the police were possibly “more alert” because of the protesters, they wished things were handled better. “It just wasn’t how we wanted to start our day off on Sunday,” Benoit said.

The event has made many professional golf fans uncomfortable because of Saudi Arabia’s involvement, with family members of people killed in 9/11 staging protests outside the tournament site in New Jersey earlier this month.

The fact that the tournament is played on golf courses owned by the former president has also added to the controversy.

“I was disappointed when I heard the tournament was coming here,” said Joe Myerson, a Bolton homeowner of nearly 40 years who has served on town boards and committees. USA Today Sports.

A spokesperson for The International, meanwhile, said they “enjoy strong relations with their neighbours” and that the incident appeared to be a “simple misunderstanding” after staff followed protocol when tents were discovered without knowing who occupied them.

“Officers spoke with the individuals and determined it was a group of campers from a nearby wedding the night before. The group decided to leave voluntarily, without being asked to do so,” said International general manager Steve Brennen. He added that it was unfortunate that guests felt their morning was “disrupted” but “safety and security is our priority”.

“The International has reached out to the Benoit family and we hope that everything will be resolved very soon.”

ThePipaNews A garden center near Glasgow is looking for a team of 'elves and elves' in...
Read more
World

ThePipaNews When you walk into Wilson Ortega's hospital room, visitors and staff are greeted with a big smile. On Wednesday afternoon, the 34-year-old...
Read more
World

ThePipaNews Khyber Pakhtunkhwa government and opposition announced a joint struggle for the rights of the province, a joint meeting chaired by Chief Minister Khyber...
Read more

An important meeting of Santsamaj will be held today regarding Gnanabapi and Krishna Janmabhoomi Temples, future strategies will be discussed ThePipaNews

ThePipaNews An important meeting of the All India Sant Samithi on Varanasi's Gnanavapi and Mathura's Krishna Janmabhoomi temples is scheduled to be held in...
Read more

Fear of winter electricity load shedding in the UK ThePipaNews

ThePipaNews There is a risk of electricity load-shedding in the UK this winter. According to information received from London, the National Grid has...
Read more

ThePipaNews A garden center near Glasgow is looking for a team of 'elves and elves' in...
Read more
Load more