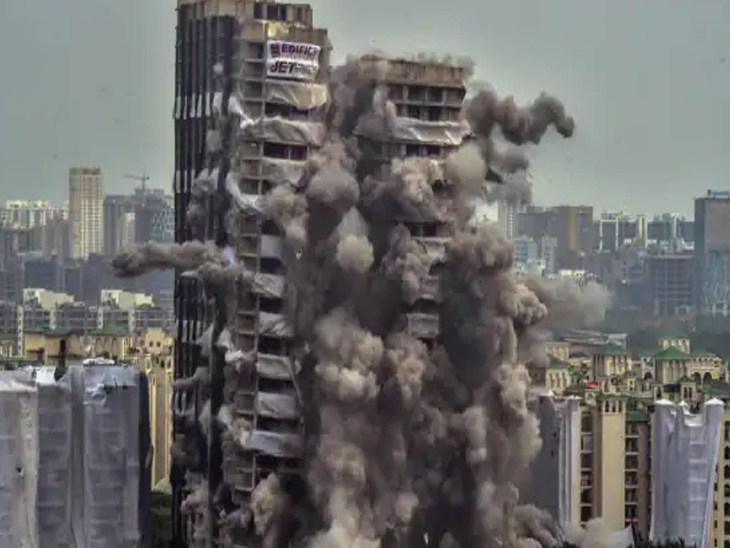 When the Rs 800 crore twin towers were demolished in just eight seconds on the orders of the Supreme Court, there was only one question – what happened to the government officials and private builders involved in this illegal act? On a positive note, the country can boast of its ability to destroy such a large building in a controlled-explosion for the first time. It is heartening that the Supreme Court has not finally abandoned this towering edifice born from the womb of the Himalayas of corruption. That is, in Mundkopanishad ‘Satyameva Jayate’ (3:1:6) was justified.

But why did it take 16 years to win the truth? And why the victory of lies continued for so many years? Do lawyers wearing shoes go to the Supreme Court with millions of dollars to win the truth? Can’t win the truth under this? What has been ultimately achieved by setting up institutions like legislation, Noida Authority, RERA? None of the officers are in jail. Not a single bulldozer demolished the private houses built by a man with the proceeds of sin. So, will the corruption of the country’s builders-officials-leaders be ended by demolishing only lifeless buildings? Doesn’t Section 4 of the Uttar Pradesh Apartment Act expressly prohibit the builder from making any changes without the consent of the flat buyers? So why this skyscraper has not been noticed by the authorities of Noida? A total of 26 officials were convicted by the SIT as directed by the court, but among them 20 have retired, two have died and four are under suspension. Truth is still incomplete.