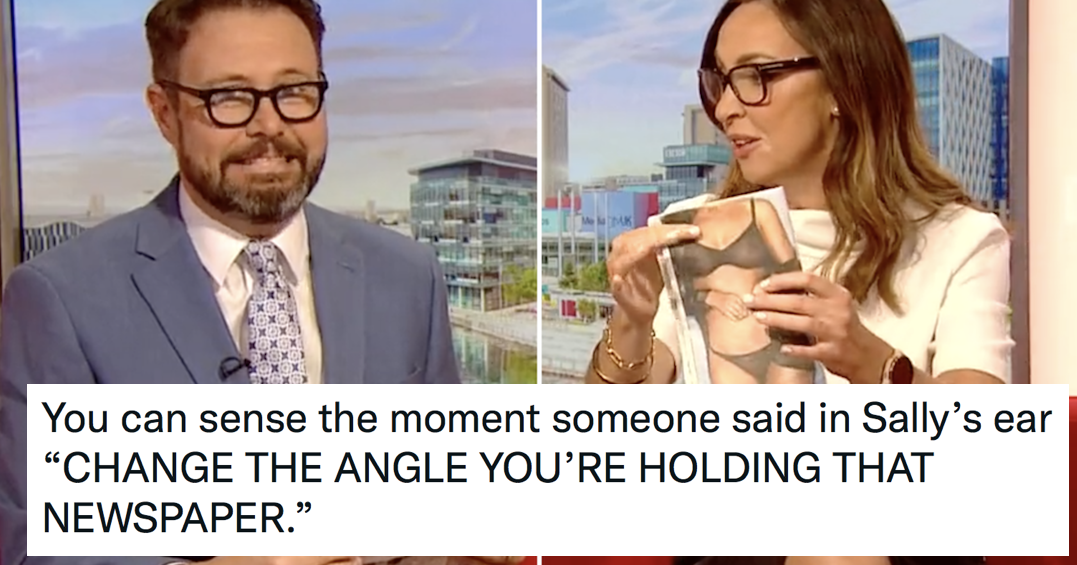 A lovely moment on BBC Breakfast today when presenter Sally Nugent discussed a completely innocent story about a property on Rightmove with an unusual pet in the garden.

Except the magazine clipping she was reading it from had a NSFW(ish) picture on the other side, which made it interesting to watch when she held it up to the camera.

And the miniature drama of what happened next is a great watch.

“Hold Back”
When the newspaper review takes an unexpected turn Sally & Jon move on #BBCBbreakfast pic.twitter.com/kcoWZlBea3

And no one said it better than critics and presenters, @scottygb.

You can guess the moment someone said in Sally’s ear “CHANGE THE ANGLE YOU’RE HOLDING THAT NEWSPAPER.” pic.twitter.com/veItsbXN2j