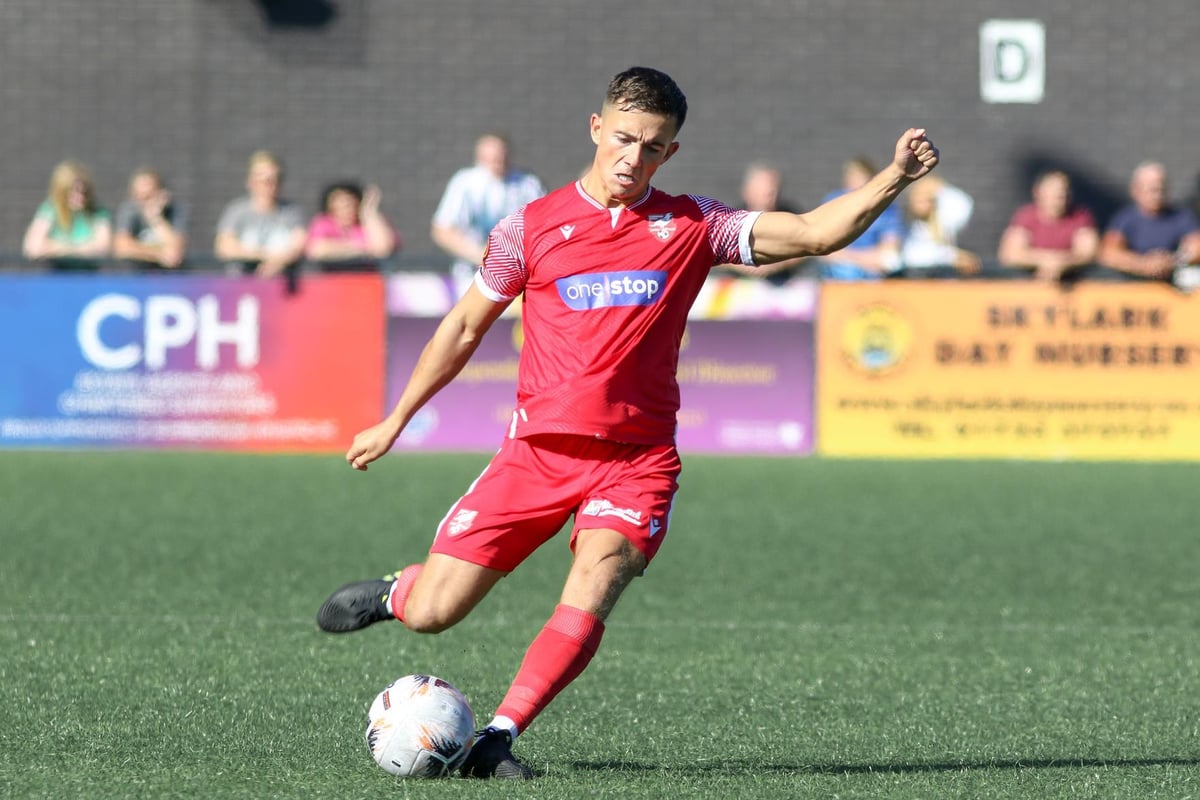 The first half was a real end-to-end affair, with some great passing moves and several chances created by both teams, writes Steve Adamson.

In the third minute, Dan Bramall latched on to a through ball from the excellent Lewis Maloney, but shot straight at home keeper Alex Mitchell, then Ash Jackson fired at the keeper from 25 yards.

In early Blyth chances, Corey McKeown beat the offside trap, but shot wide, and Michael Liddle ran clear and was one-on-one with Boro keeper Joe Cracknell, who dived to his left to tip the shot away.

The chances kept coming, Will Jarvis won possession and advanced towards Bramall, but keeper Mitchell raced out to kick clear, a left corner from Maloney was met by a thumping header from Kieran Weledji, but Mitchell made a great reflex save to flick home. the ball over, and Bramall and Jackson both shot narrowly wide, while for Blyth, Alex Nicholson played in JJ O’Donnell, whose ferocious shot was met by a superb diving save from Joe Cracknell.

The deadlock was broken on 31 minutes, when Bramall pounced on a sloppy pass by a defender on the left, raced towards the bye-line and fired to the base of the near post, with Michael Coulson sliding in to bundle the rebound into the net.

Blyth had the ball in the net through Michael Richardson, who had strayed offside, and O’Donnell blazed over, then a Richardson cross was headed just over by Lewis McNall, as an excellent half ended with Boro still leading 1-0.

Blyth equalized on 54 minutes when the ball broke to Lewis McNall on the edge of the area, and he flicked a left-footed shot past Joe Cracknell, and soon after Jordan Hickey fired just wide.

Jarvis created a chance for Boro and burst into the box, but keeper Mitchell dived to save his shot, then a Coulson shot was blocked on the goal line by Richardson.

In the 69th minute, Kieran Glynn lunged into Nicholson on the touchline and the referee reached for a red card, Boro’s third straight red.

Blyth began to apply pressure, but the Boro defense was superb, with Cracknell outstanding in goal, and Thornton, Gooda, Weledji, Jackson, Maloney and substitute Burton all putting their bodies on the line.

McNall had a powerful shot blocked by Weledji, a Cornish cross was headed over by McNall and Kieran Burton charged down a goal bound attack from Nicky Deverdics.

Burton created a chance for former Blyth loanee Dom Tear, but the home keeper pounced on the ball, before Boro grabbed an 87th-minute winner from a contested penalty.

Maloney sprayed a ball to Jackson on the left. He ran forward and sent a cross into the box, with the referee penalizing Blyth skipper Nathan Buddle for a handball, even though he was convinced the ball had hit his chest, not his arm.

Despite the protests, Maloney stepped up to send Mitchell the wrong way from the penalty spot.

Strictly 2022: Are the celebs getting paid to take part? ThePipaNews