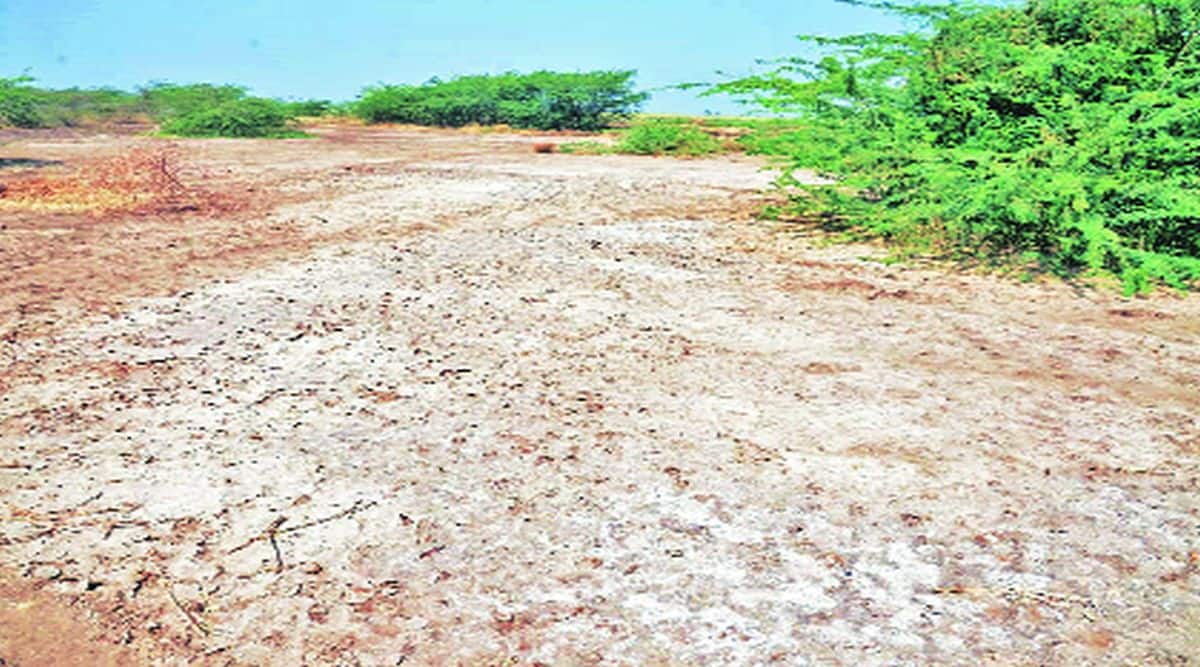 KOLHAPUR: As a result of tireless efforts to improve saline lands, around 7 thousand acres of land in Shirol taluka and North Karnataka have become saline free and crops have been grown in Kaliavo forest. The Central Government has provided financial support to the experiment conducted by Shri Datta Krishak Asahitra Sugar Cooperative by sanctioning a grant of Rs.11.50 crore. As the money will be credited to farmers’ accounts this week, a wild success story of experiments in agriculture has been recorded.

Saline soil has become a problem in many parts of the state. Due to the reduction of natural drainage underground, salt begins to accumulate in the soil. Such land has become waterlogged and saline and chalky. Soil becomes saline due to repeated cultivation of crops like sugarcane, excess water, use of chemical fertilizers and lack of crop rotation. About 70,000 acres of land has become saline in western Maharashtra alone. Farmers avoid such barren agriculture.

However, efforts have been made at various stages to bring this land under cultivation. Among these initiatives implemented by Dutta Factories are noteworthy. A program of improvement of saline land using percolation system was implemented by Udyan Pandit Ganapatrao Patil, President of the factory. Initially, they had to face the challenge of creating the mentality of farmers who lost the possibility of growing something new in the soil. It was expected to cost Rs 70,000 per acre when the experiment started. Despite owning land, the peasants who worked as farm laborers elsewhere needed money. Keeping this problem in mind, Udgaon Cooperative Bank dares to provide financial assistance to poor farmers. This campaign started in 2016-17. The program has been implemented in seven villages of Shirol taluka, Mangavati and Kagawad in North Karnataka in phases. So far this experiment has been successfully implemented in about 7 thousand acres of land and now various crops like sugarcane, pulses, wheat, vegetables are being cultivated there.

Raju Yadav (Ghalwad) did agricultural labor wherever he could. As initiatives to improve the saline land proved fruitful, he saw his farm produce 43 tonnes of sugarcane per acre for the first time in his lifetime. Kashim Mullani (Kavthesar) produced maximum sugarcane of 48 tonnes and Mahadev Magdum (Shedshal) produced 93 tonnes of sugarcane on two acres. An average of three thousand rupees acre will come to them every year. Farms of thousands of farmers who firmly believed that land that would not grow crops are now covered with perennial crops and a unique experiment in agriculture has come to fruition.

A joint scheme has been implemented by the Central and State Governments for the improvement of saline lands. Under the National Agricultural Development Scheme, the central government and state governments provide 40 per cent subsidy for soil improvement projects. After three years of follow-up, 11 crore 46 lakhs have been disbursed to 3500 farmers in the first phase implemented by Dutta Factory. Srishail Heganna, chief agricultural officer of the factory, said that 50 thousand taka. To simulate this experiment, a team of sugar factory directors and farmers in Pune, Solapur, Sangli districts have started visiting the Dutta factory and following it, Executive Director M. V. Patil said.

Farmers inherited saline soils from previous generations. Fertilizing this land was a tough challenge, but success came from the painstaking efforts of both the farmers and the sugar factory. This unique experiment in saline land improvement has become a pilot project not only for the entire state but for the country.

UP news Self Review of Safety Standards in Your Hotel Hotel Entrepreneur: Nandi ThePipaNews

ThePipaNews The Foxconn project, built in partnership with the Vedanta Group, will be held in Gujarat. Since then political complaints are being raised...
Read more