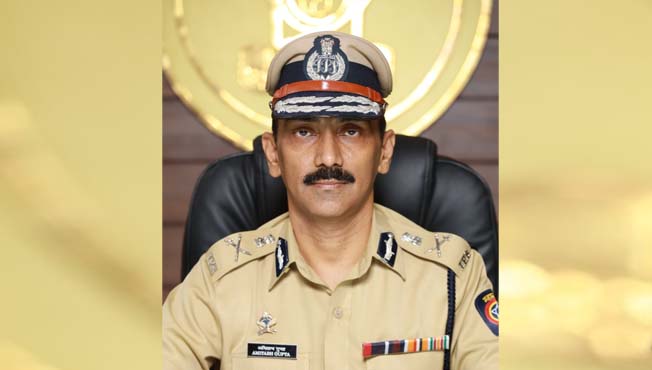 Pune; Leading News Service: Police Commissioner Amitabh Gupta explained in a press conference that there is no limit on the number of drummers participating in the Ganesh Foundation Day and Bisarjan processions. So this year’s festival will have ‘Bhajwa Re Bhaja’.

In pre-corona processions, a maximum of three bands were allowed to play in front of a circle. Also the number of members participating in the teams was also limited. But this year Chief Minister Eknath Shinde himself has decided to celebrate Ganeshotsav without any restrictions. Hence, dhol bajra is also becoming free.

Ganeshwar is being celebrated with fanfare for the first time after the corona virus. The administration has adopted a flexible policy on everything from allowing congregations to surrender processions. 50 dhols and fifteen tashas were sanctioned in 2019 Ganeshotsav. However, since there is no ban now, the number of dhol tashas will increase,’ said Parag Thakur, president of Dhol Tasha Sangh.

How many drum corps? There is no order in this regard
There is no written order as to how many drums should be in front of each mandal and this is likely to cause confusion. If a mandal takes out more dhols on the streets, it is anticipated that the Baisarjan procession will be delayed. As a result, there may be a delay in completing the entire procession. Meanwhile, earlier a maximum of three drums were allowed to be played in front of a congregation. But this year they are predicted to fly as there are no restrictions in this regard.

Five days till midnight
The scenes that are performed during Ganeshotsavam in Pune have special significance. A large number of people from across the country as well as from the state come to Pune to witness these scenes. In this background, D. Loudspeakers will be allowed from 6 am to 12 noon for five days on September 3 as well as September 4, 6, 7 and 9. Along with this, according to Chief Minister Eknath Shinde, exemption has been given in the case of DJ playing from six in the morning on the second day of Bisarjan until the end of the Bisarjan procession. But, still, this DJ is allowed to play at the right decibel.

Abandonment march may be delayed
Ganeshotsav includes Pune festival, visits of ministers and dignitaries. The Pune police have taken steps to ensure that the Ganesh festival goes off without a hitch, but, two years into the Corona period, the visarjan procession is expected to increase due to the rush to Pune and the easing of restrictions.

What will the police do?
After two years, this year Ganeshotsav will be held in a relaxed atmosphere, so the police will have to work hard to complete the Bisarjan procession on time. Ganeshotsav has been held without crowds for two years of Corona. Crowd control will also be a challenge this year. Experts say that since this is the first procession for many officers of the police force in Pune, it will be a challenge to conduct it smoothly.