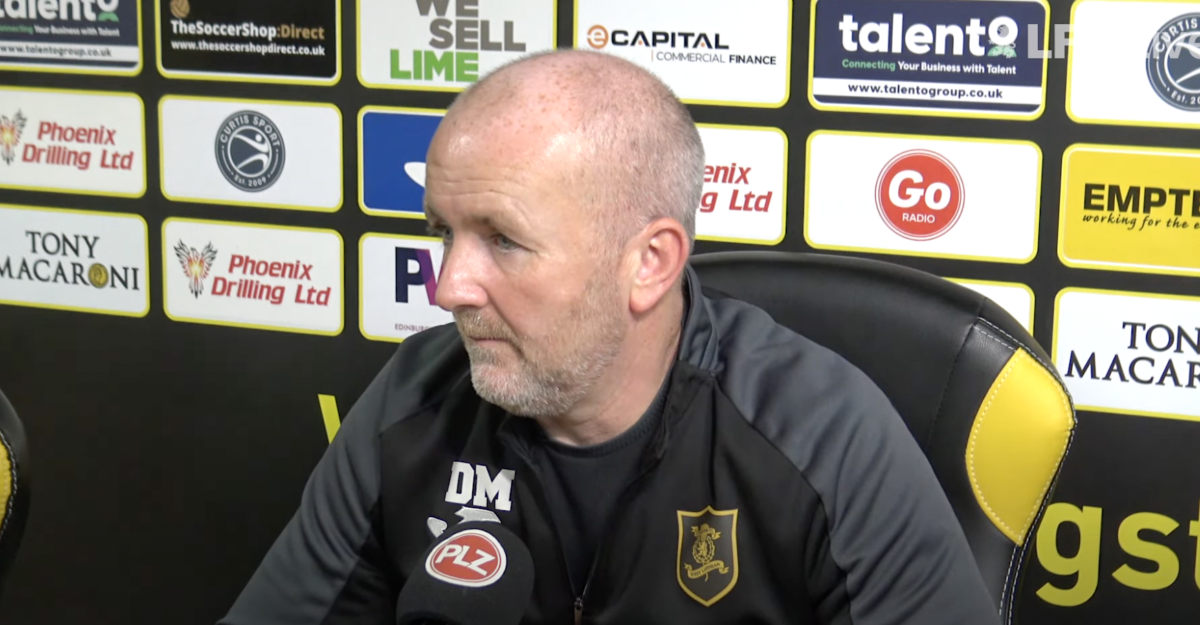 The woeful Terrors were on the wrong end of a 9-0 thumping by the reigning Premier League champions on Sunday and will be looking to bounce back from the embarrassing result in tomorrow night’s Premier Sports Cup final against the Lions.

Livingston will also lock horns with Celtic in Glasgow in the next fortnight and Martindale believes the margin of victory this weekend will not be an isolated incident.

Martindale, whose own side lost 5-0 to Aberdeen on Saturday after going down to ten men, said: “I don’t think Jack or Dundee United will be the last team that Celtic give an absolute stake to and I mean that in the finest possible way.

“I’m at Parkhead a week on Saturday and the form they’re in, the style of play, their intensity – we’ve got to be at our best top game.

“I really think there will be some teams that come out after sixes, sevens, potentially eights and nines.

“I found them terrifying at times.

“Obviously you feel for Jack but I really think that could happen 90 per cent of the league this year.

“You have to look at it in isolation, put it to bed and get on with it.”

United manager Ross has come under fire after five straight defeats which have seen the team concede 24 goals.

However, Martindale hopes the former Hibs and Sunderland manager will be given time to make amends.

He added: “I think (chairman) Mark Ogren has put a lot of money into the club, I think it’s managed very well with (sporting director) Tony Asghar.

“They have a structure at the club and pay decent wages, they get it right and I think Jack just needs some time.

“I don’t think Jack’s had a proper window, it’s been a bit of a rush. I’ve got a lot of time for what they’re doing and I think Jack’s a really good manager and I’ve no doubt he’ll get it right in time .”

Martindale, meanwhile, is understood to be lining up a move for former Bradford, Forest Green Rovers and Port Vale forward Kurtis Guthrie.

The 29-year-old has recently been playing in Indian with RoundGlass Punjab.

Power plants came from India as per the policy of Imran’s government: Maryam Aurangzeb ThePipaNews

ThePipaNews Federal Information Minister Maryam Aurangzeb said on Sunday that the power plant came from India as per the policy and laws of...
Read more

ThePipaNews A SCOTS lifeboat was called out to a Royal Navy ship off the coast of northern Scotland. A crew from Kyle of Lochalsh RNLI...
Read more

Navi Mumbai: Timings till 10pm for garba and dandiya during Navratri festival and till 12pm on Ashtami Navami. Navi Mumbai Municipal Corporation has...