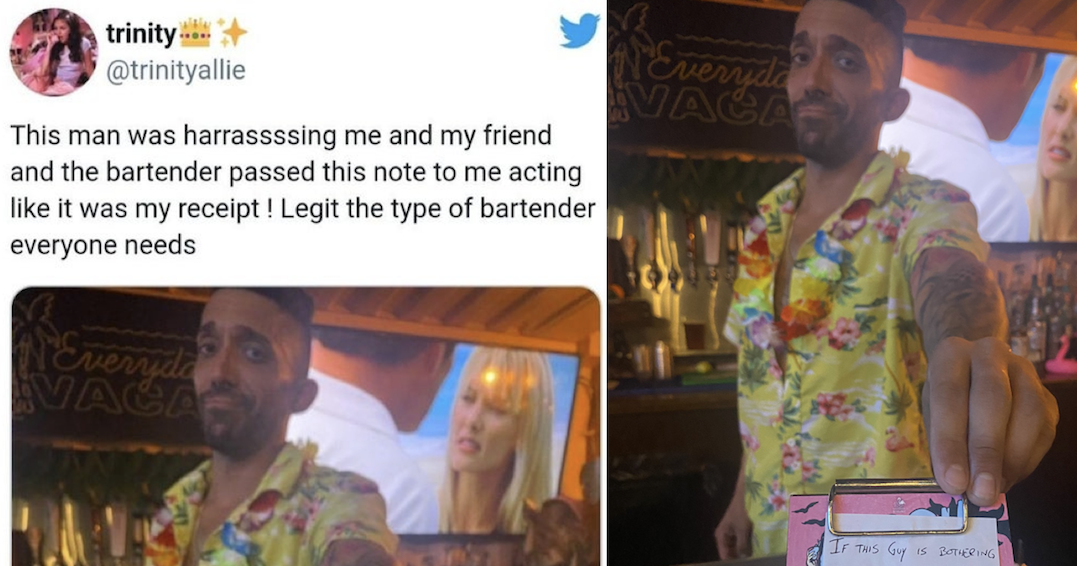 People loved this story of how a brilliant bartender came to the rescue of a woman who was being harassed.

The story was shared @trinityallie on Twitter a while ago and just went wildly viral on Reddit. 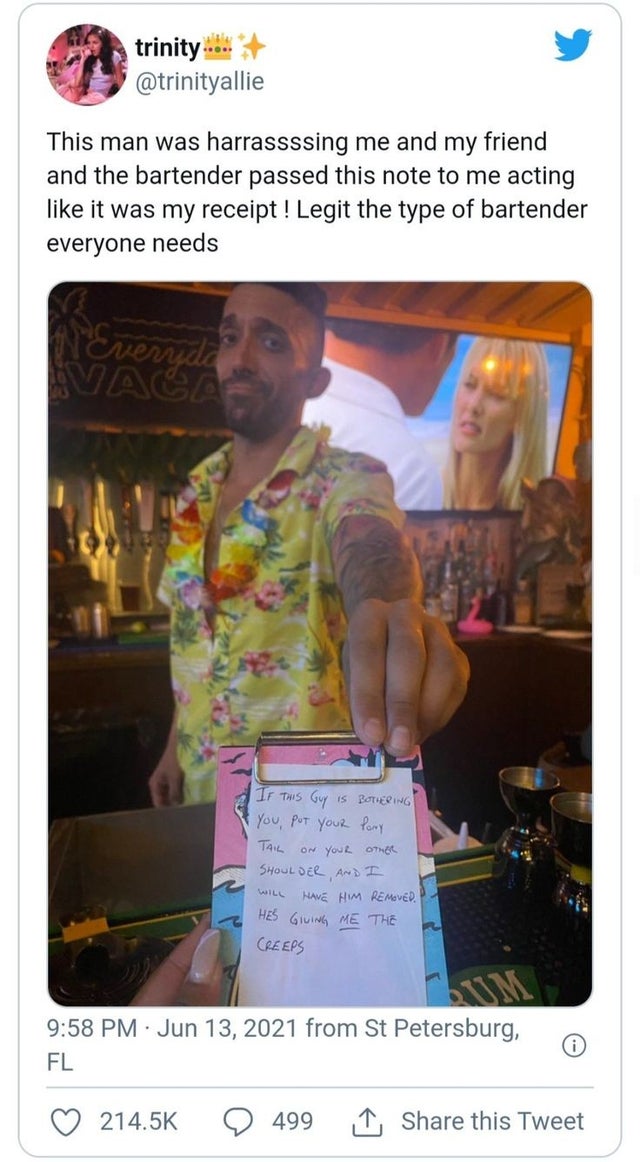 “If this guy bothers you, put your ponytail on your other shoulder and I’ll make him move. He gives ME the creeps.”

The bartender’s name is Max, apparently, and he ended up commenting on it on Reddit.

Here are our favorite things other Redditors said about it.

“Mac did an ocular pat and the risk was eliminated.”
RedKing_21

“And a tactical strike team descends from zip lines on the ceiling (which is only ten feet high and seems excessive, but whatever), immediately surrounds him with drawn MP5s.”
The_Hyphenator85

“Honestly, the bartenders have been some of the coolest people I’ve met.”
throw7716

Not all heroes wear capes. Some wear Hawaiian shirts.