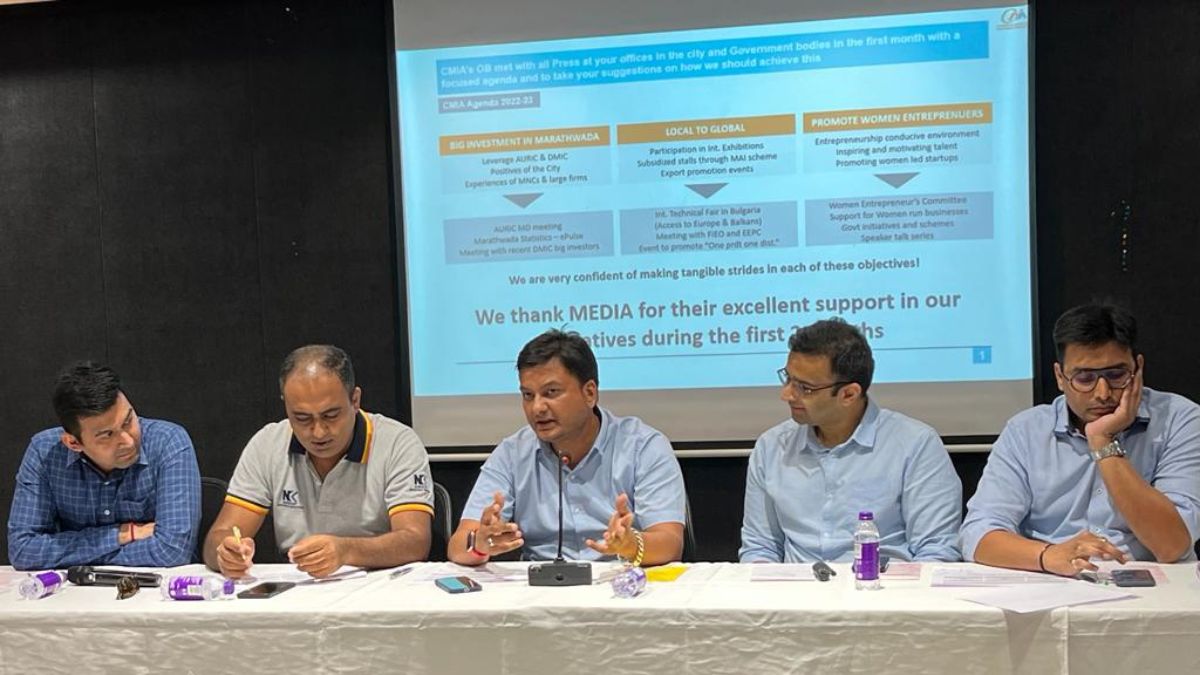 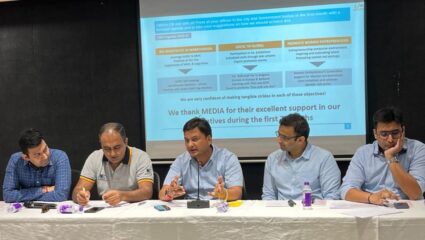 Aurangabad: The new executive of the Chamber of Marathwada Industries and Agriculture (CMIA) has made efforts at various levels to resolve the issues and problems of the industrial sector in the last two months. In Mumbai, at the behest of senior officials and state cooperation minister Atul Sev, Deputy CM Devendra Fadnavis appealed to Auric and Marathwada to make efforts to bring investment to scale. Fadnavis was also asked to build an international trading center in Bitcoin to promote the service industry along with the manufacturing sector. CMIA President Nitin Gupta informed this information. He said these things in a press conference organized by the organization. Chief Vice President Dushyant Patil, Secretary Arpit Sev, Treasurer Utsav Machar, Assistant Treasurer Atharveshraj Nandawat were present in the press conference.

Aurangabad is seen as the growth engine of Marathwada, it is crucial to have a mega industry that will provide massive employment in the coming years. CMIA president Nitin Gupta said that efforts are being made at every level through CMIA. Well-known companies in automobile, pharma, seeds, EV, electronics, steel, food processing sectors want to invest in Aurangabad. For this, the CMI organization itself will discuss with these companies and highlight the possibility of investment in the city.

We will try to increase exports from our department. Steps will be taken to give an international platform to industries with export potential from agriculture and industry through local to global initiatives. Vice President Dushyant Patil said that CMIA has taken the initiative to take our products at very discounted prices in the international fairs to be held in the Balkans. 10 companies from Aurangabad participated in the conference, out of which 3 are going to export their products for the first time. He said, various conferences and instructional programs will be organized to increase our exports.

Arpit Saway, Honorary Secretary, CMIA informed that a one-day seminar ‘Amazing Aurangabad’ has been organized next month to promote investment in food processing industry and IT sector. Apart from this, a finance summit will also be organized in the next few months. Various programs have been planned by the organization to bring together government-entrepreneur-educational institutions in the role of catalyst in the coming years. Honorary Secretary Arpit Sawe opined that CMIA can play an important role in meeting the policies formulated at the government level, the requirements of the industrial sector and the training provided by educational institutions.

The organization’s co-treasurer Atharveshraj Nandawat said that data related to the industrial sector will be announced by the CMIA. Now some statistics are revealed. He said that the data received shows that GST, PF and exports have increased significantly after Corona. Finally, information on industry, employment, total investment in the city is provided by CMIA. CMIA President Nitin Gupta and Honorary Secretary Arpit Saway said that the number of small scale industries in Aurangabad is around 3,800. They employ 86 thousand people. The total investment is about Rs.1200 crores. In the first quarter of the last financial year, the city received Rs 631 crore as GST from industrialists, of which in the first quarter of the current financial year, the recovery from GST has reached Rs 951 crore. Gupta said that Aurangabad was included among the top 30 cities for exports in the country. 5 thousand 624 crores in auto sector, 1600 crores in pharma sector, 1176 crores in plastics sector, 1176 crores from large machinery, 560 crores in optics, these sectors are in the list of the first 5 exports of the country.