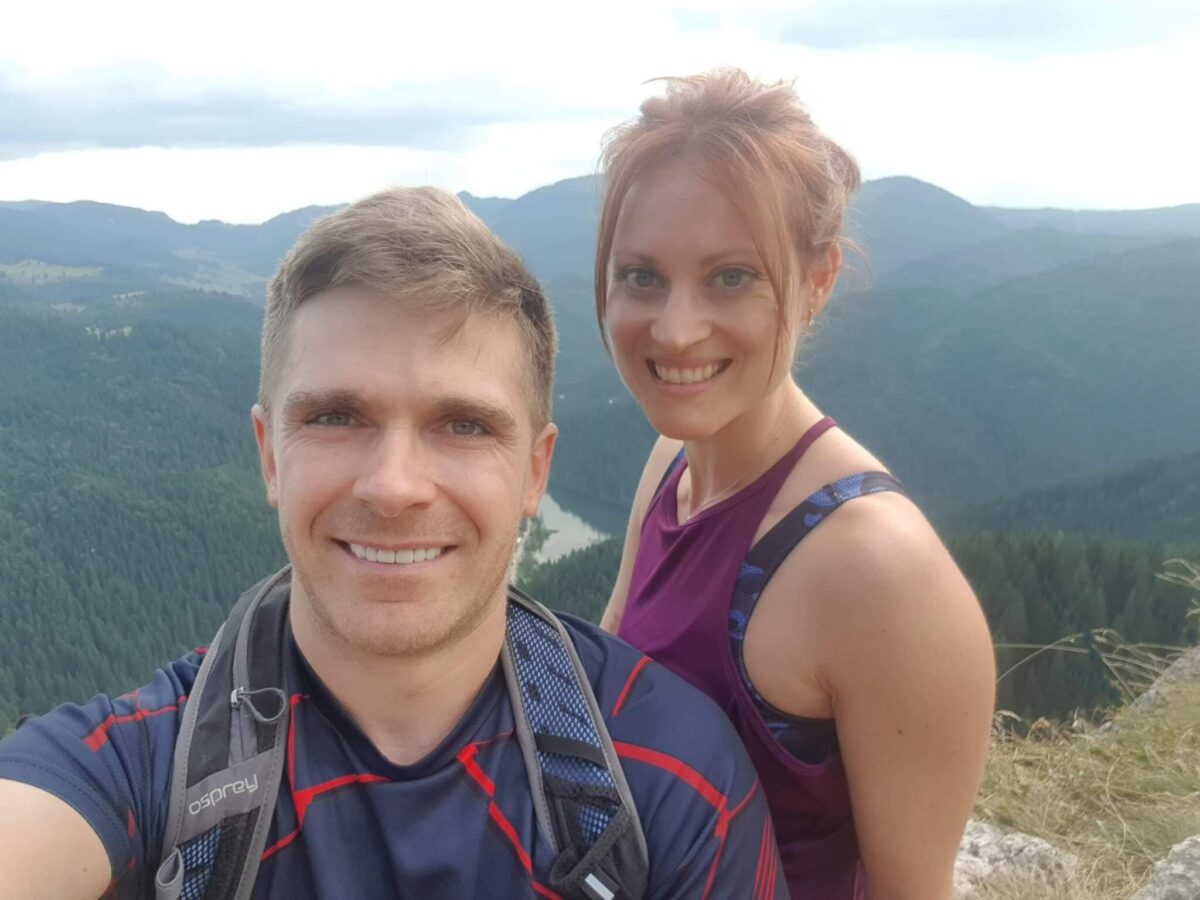 A DOCTOR has been inundated with donations to help bring his dog home to the UK after being left heartbroken when his beloved wife died in a horror accident.

Octavian Balint tragically lost his wife Nichole Balint after she fell from a horse and suffered severe brain damage in Clare County, Michigan, in the US last month.

Deputy Sheriff Nichole passed away just weeks after the couple tied the knot, having bought Poodle Bailey to let Octavian practice his parenting skills before having a child together.

Octavian, 35, had been living with Nichole in Michigan, but was today forced to return to Birmingham, West Midlands because he does not have US citizenship.

In another horrific blow, the devastated widower had to leave the seven-month-old puppy behind after being told airlines did not have enough staff to carry her in the hold.

Octavian claims the only way he can get his beloved dog back is through specialist pet transport, which he says will cost a staggering £6,000.

In a plea to help retrieve Bailey, Octavian, originally from Romania, started a GoFundMe on Tuesday.

Miraculously, within a week the campaign has now raised more than £6,200 from generous donors, giving him enough money to reunite with his beloved dog next month.

Octavian shared his story to GoFundMe on Tuesday: “I shared Bailey with my beautiful wife Nichole, who tragically lost her life in an accident just over a month after our wedding.

“Nichole had bought Bailey for us because she said I need to practice being a father before we have children of our own.

“Sadly, we never got the chance to have any children, but not having our fur baby by my side would be just too much for me to handle during this difficult time.

“Words cannot describe the pain I feel over losing the love of my life, but having Bailey with me helps mend my heart just a little bit.

“Bailey has the most spunky and fun loving personality and it’s impossible not to smile in her presence, which is exactly the kind of energy I need around me right now.

“Any help you can give would be greatly appreciated.”

Social media users were left heartbroken when they heard about the tragic story.

Peter Allen said: “My dear Octavian, it’s just a little thing to let you know my heart breaks for you my friend. I hope you get Bailey home soon.”

Colette Geck said: “I know Bailey will come home with you! You have so much love and support.

“Sounds like Bailey has the same spunk that Nichole had.”

Tracy Appleby said: “Sorry for your loss my love, let’s get Bailey home with you and hopefully you will find peace.”

Christian Labib said: “So sorry to hear this terrible news, my thoughts are with you and the family. Hope you get her back to Brum!”

Today, Octavian said: “I started the GoFundMe because I wanted to bring our dog back to the UK. Nichole (my wife) got her in March, as our first pet together.

“The plan was for me to move to Michigan at the end of this year or the beginning of next year, depending on my exams. I work as a doctor in the UK, but need exams to work in the US.

“She was part of the Clare County Mounted Division patrolling the county fair when she had an accident, fell off her horse and suffered a serious brain injury. She died four days later.

“Now I am moving everything back to the UK, as I am not allowed to stay in the US for more than 90 days at a time.

“I’ll be back today but Bailey proved more complicated to arrange.

“No airline would have her in the cabin because she’s not a service dog and they don’t allow emotional support for pets anymore.

“Also, the option of transporting pets is off the table, as most airlines do not have staff to care for pets during flights since the pandemic.

“So, the only option was specialist pet transport, but that turned out to be too expensive, after the wedding, and because I haven’t worked since June because I took time off for the wedding and one of the exams.

“The family has been here since the accident. Mom and dad flew back a week ago, and her family is very supportive, friends here are also healthy.

“I haven’t had a moment to myself yet, with everything that’s been going on, though. When I go home I’ve got good support as well, so hopefully that will minimize the risk of a major breakdown.

“She’s an ordinary poodle, she’s really smart! She still needs some training, as she is sometimes too smart for her own good and does stupid things, but she is the best dog both Nichole and I have ever had.”

ThePipaNews When you walk into Wilson Ortega's hospital room, visitors and staff are greeted with a big smile. On Wednesday afternoon, the 34-year-old...
Read more
World

ThePipaNews Kaitlyn Dever admitted her knowledge of Shakespeare was "not great" before starring in an upcoming Romeo and Juliet-based film, but said she learned...
Read more

ANALYSIS: Why does Mumbai IV need the power of the development project? When will Badlapur, Ambarnath, Titwala be free of problems? |...

ThePipaNews - Sagar Narekar Kalyan, Dombivli and other cities that are referred to as the fourth Mumbai, are burdened with traffic planning. Apart from...
Read more

ThePipaNews When you walk into Wilson Ortega's hospital room, visitors and staff are greeted with a big smile. On Wednesday afternoon, the 34-year-old...
Read more

ThePipaNews Pimpri: Important issues like inflation and unemployment are being discussed on the wrong issues. Shiv Sena's internal conflict is being given undue...
Read more

Who won the Nobel Prize in Medicine, Physics and Chemistry this year and why? ThePipaNews