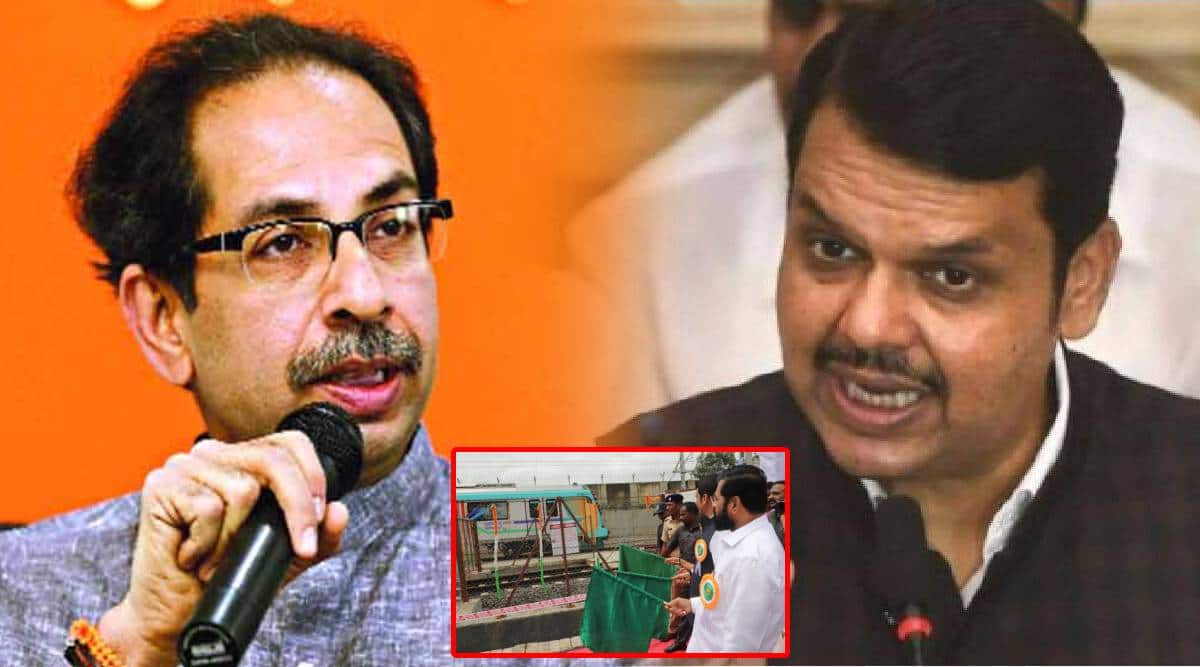 During the Uddhav Thackeray government, the Mumbai Metro 3 project was heavily politicized. After a major debate on whether the carshed for this metro should be at Aarey or Kanjurmarg, the Thackeray government moved the carshed from Aarey to Kanjurmarg. This work was stopped due to adjournment there as well. Finally, all the relevant permissions were given during the Shinde government’s tenure. Finally, the first Metro of Metro 3 was successfully tested today. On this occasion, Deputy Chief Minister of the state Devendra Fadnavis criticized the Uddhav Thackeray government in strong terms. Also, he said that politics related to Metro is unfortunate.

“Now nobody can stop this metro from running”

“Today is a historic moment. The test run of the first train of Metro Line 3, which will become Mumbai’s new lifeline, has been a success. I think the message has been sent that nobody can stop this metro from running now. The first thing Eknath Shinde did after becoming Chief Minister was to remove all the problems”, Fadnavis said after the Metro-3 trial.

“In fact the project could have been fully operational by March next year. But unfortunately there were controversies and postponements in the interim. So the project will be half done in December. If the Chief Minister had not decided to run only half of the next year, the train could not have run for four years. 20 thousand crore investment would have died. It would have cost another 15-20 thousand crore rupees and the entire burden would have fallen on common Mumbaikars. It could have been recovered from the ticket”, said Devendra Fadnavis, criticizing the Thackeray government.

“Whatever controversy over Metro’s cardipo has become more political than environmental. Because the High Court has given a very good decision in this regard and approved it. Green arbitration, Supreme Court approves construction of Metro Carshed. In that interim decision, permission was given after reviewing all kinds of environmental issues”, Fadnavis said at the time.

“Every day 1.7 lakh people will use the metro, 7 lakh cars will be taken off the road, 2.5 lakh tonnes of carbon emissions will be reduced. Unfortunately, for the trees that must be cut down, Metro-Three will release as much carbon in an 80-day cycle as the trees will absorb in their lifetime. Therefore, what will help the environment the most, will be Metro-3″, Devendra Fadnavis said at the time.

… and was tested in the metro subway!

“Day by day the lives of Mumbaikars are decreasing little by little due to pollution. But we only do politics. What could be worse than this? According to the judgment of the Supreme Court, it is not right to stop the work even after 25 percent of the work is completed. Not only this, even if the depot is shifted to Kanjurmarg, 16 stabilizing lines, ramps will have to be constructed at this place. So this place would not be empty. Kanjurmarg will take two years for land leveling and 2 years for construction. According to the report of the committee formed by the Thackeray government, its price would have increased by 10 to 20 thousand crores in these four years. Devendra Fadnavis praises Eknath Shinde targeting Uddhav Thackeray.

What can the Supreme Court do if Parliament repeals the NAB Act? Question by Justice Mansoor Ali Shah ThePipaNews