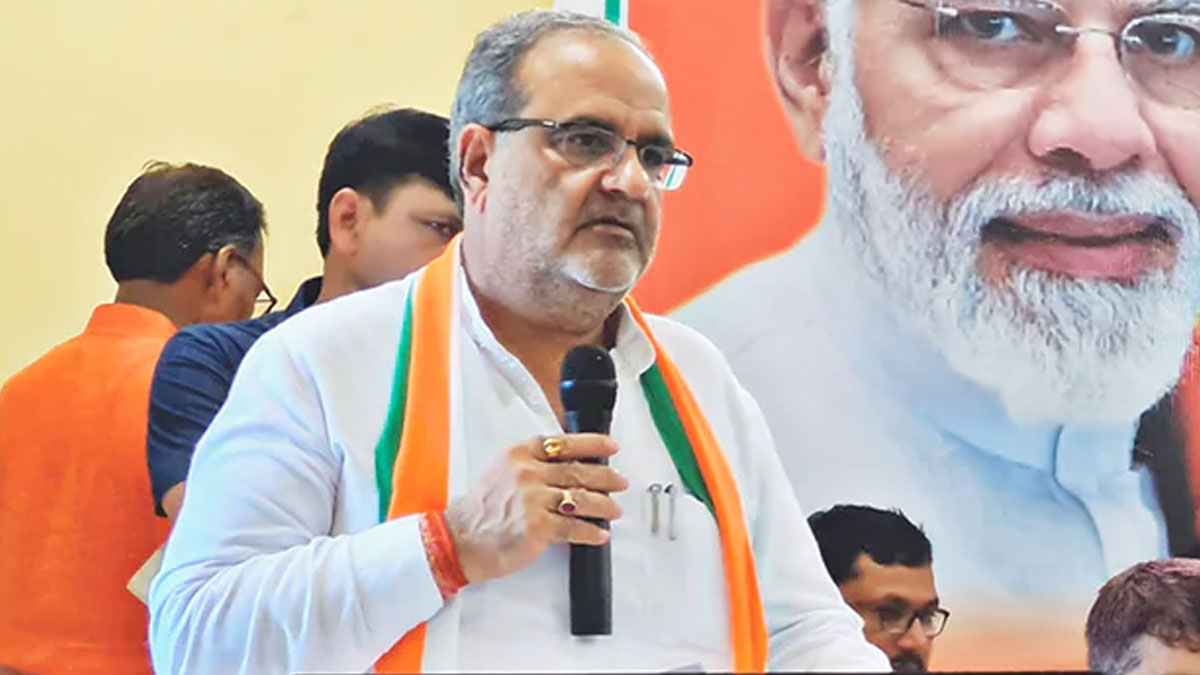 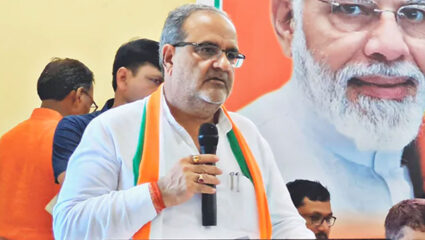 Lucknow: Bhupendra Singh Chowdhury has resigned from the post of Panchayati Raj Minister in the state government after taking over as the president of the Uttar Pradesh unit of the Bharatiya Janata Party (BJP). Chowdhury himself gave this information on Twitter on Tuesday. He tweeted, “Resigning from the Cabinet today to properly discharge the duties of BJP State President. Sincere thanks to the successful Prime Minister for the opportunity to serve the people of the state and the instructions given from time to time and the inspirational guidance and blessings on many occasions, Hon’ble Chief Minister during his first and second term as Minister of State (Independent Charge) and Cabinet Minister respectively.”

Chowdhury resigned from the post of minister based on the party’s ‘one-one-post’ policy. After his resignation, he reached the BJP headquarters along with party office-bearers. While talking to reporters, he claimed that the BJP would register a record victory in the upcoming municipal elections and the 2024 Lok Sabha elections. On August 25, BJP national president Jagat Prakash appointed Nadda Chowdhury as the party’s Uttar Pradesh unit president. Chowdhury arrived in Lucknow from New Delhi on Monday after being appointed as Uttar Pradesh BJP president, where he was given a warm welcome by party leaders and workers at Charbagh railway station.

Chowdhury, 54, hails from a farming family living in Mahendra Sikandarpur, Moradabad. He joined Vishwa Hindu Parishad (VHP) early in his political journey. According to party officials, Chowdhury joined the BJP in 1991 and held various posts including Moradabad district unit treasurer and district president. In 1999, he contested the Lok Sabha elections against then Samajwadi Party (SP) president Mulayam Singh Yadav, but was defeated.

Chowdhury assumed the post of regional minister and then also became the regional president and held the post till 2017. He first reached the upper house after being elected as a member of the Vidhan Parishad in 2016 and was made Minister of State (independent charge) for Panchayati Raj Division in 2017 after the formation of the BJP government led by Yogi Adityanath.

In 2019, Chowdhury was sworn in as a cabinet minister in the same department. In 2022, he again became a member of the Legislative Council and was sworn in as Panchayati Raj Minister in the second Yogi-led government. Chaudhary’s achievements as a minister include building a record number of toilets under the ‘Swachh Bharat Mission’ and declaring 75 districts open defecation free. (organization)

ThePipaNews Mumbai: In 2022, investors benefited well from the primary market. Because IPOs of 80 percent of the shares listed in the capital...
Read more
National

ThePipaNews Mumbai: In 2022, investors benefited well from the primary market. Because IPOs of 80 percent of the shares listed in the capital...
Read more
Load more